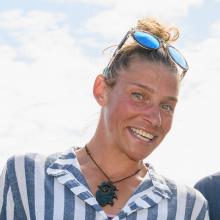 Simone Maier
Wanaka veteran Simone Maier is "fizzing" at the chance to go back to back in the Coast to Coast on Saturday.

It will be her 42nd birthday, and the defending champion is hoping to dedicate victory to the 1000 two-day competitors who were denied the opportunity of competing because of the Red traffic light setting, limiting the event to the 200 competitors in the Longest Day.

"I feel for them, for all the sacrifices and training they’ve put in," she said.

"A lot of them put so much of their life on hold."

Her own preparation for defending the world championship of multisport women’s title has been affected by a lack of racing, but she is thankful the Longest Day race is still able to be held, although with restrictions.

"It is what it is. And I’ll be turning up prepared as much as I can."

Maier, who first won the event at her third attempt in 2019, knows the Longest Day can throw up the unexpected.

"It [the course] can hold so many unknowns and different variants that you don’t get in ironman, for example."

Maier, who was drawn into multisport and adventure racing after a successful career on the world stage in ironman competition, said she could not imagine doing anything other than multisport now.

"I love multisport and the challenges it dishes up outside the box. You have to focus on each moment."

Maier said she loved training, and saw competition as "the icing on the cake".

Winning a race like the Coast to Coast was as much about mental strength as physical, she said.

"There is little use in looking like a winner on the first one or two stages. I prefer to make my move in the second half of the race."

Maier said this year’s field of women in the elite category appeared to be strong.

‘‘There are so many things that can happen. It will come down to how I hold myself together and if I can deliver the best of me.

"After all, I’m the target. And if they have a good day then anything can happen."

Among the threats Maier could face are those from three-time champion Elina Ussher, who will be contesting her 17th Longest Day race, Fiona Dowling, Emily Wilson, ironman convert Misa Klaskova and triathlon convert Rebecca Kingsford.

- Tomorrow: Dougal Allan back for more.