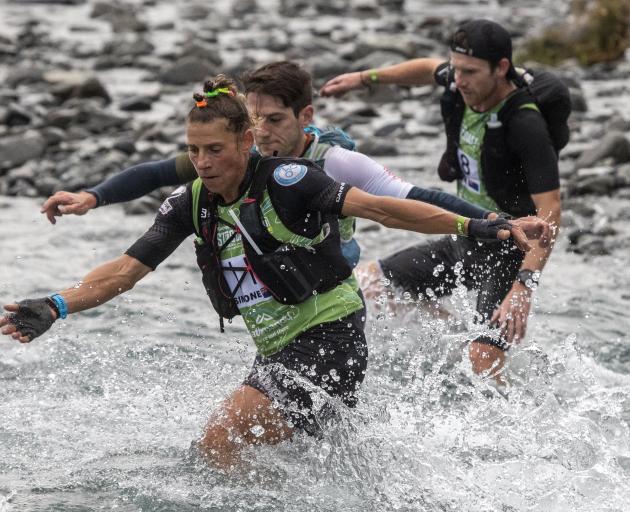 Maier added another colourful chapter to the 40th edition of the world championship of multisport with victory on her 42nd birthday.

She was greeted by a rendition of Happy Birthday from the small crowd when she broke the tape in 11hr 52min 18sec.

"That was hard. It wasn’t an easy win, but worth fighting for,” Maier said.

“Today is a special day. It’s my birthday and this is the best birthday present I could make for myself.

It was potentially her swan song, Maier said, but as there were changes due to weather conditions, she might come back for more in 2023.

“I feel like I have to come back and finish off on the main course.”

Ussher, who was contesting the Longest Day for a 17th time, said it was a “very tough day out there”.

“On the mountain run, the river was pretty high, so we had some difficulty.

"It took a lot out of me so I was struggling at the start of the long ride."

Ussher said the high water on the river stage made it hard to steer, making for a stressful time on the water.

“I just love this race. It’s just a such a huge personal challenge.

"I guess, at age 45, it will be interesting to see how I can improve.”

Triathlete Rebecca Kingsford made a more than successful debut in the Longest Day, finishing fourth in a time of 12hr 26min 30sec.