Four teams in division one of club competition 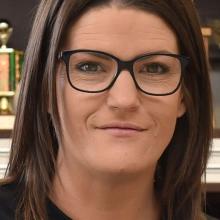 Stacey Wardell
More teams at the top end and hopefully more at the bottom as well.

That is the result of a slightly new-look format to the Otago softball season this summer.

Four teams will contest the renamed division one club grade.

That is up from the two that have contested the premier grade for all but one of the past four years.

There are 10 teams in division two, while a slow-pitch social competition is to be started on a Friday night.

It is hoped that will attract people to the sport and bring back others who played when they were younger.

Hopefully, that will result in more competitive teams.

It makes for a much tidier competition - last year, teams played in their own grades and a crossover grade between premier and the top senior reserve sides.

The winner of that crossover grade, the A Team, has come up to division one.

The South Pac Ravens have expanded from one mixed team to separate men's and women's sides.

The men's team will play in division one.

The Cardinals have already been away to a tournament in Christchurch and performed exceedingly well.

They finished third against the top Canterbury clubs - which were of a high standard - and will attend the national club championships at the end of the season.

The Dodgers also remain in the top grade.

Otago Softball operations manager Stacey Wardell said it was fantastic to have that boost at the top end.

"It does give them a variety of teams to play," she said.

"It's very hard to try to build that top grade.

"Someone can't walk in off the street and play in that grade. They are very competitive and they are premier players.

"So to be able to go from two to four is fantastic."

She said there were plenty of junior players coming through who could move into that grade in the coming seasons.

In division two there are two full women's teams and building that into an entire league is a goal.

She hopes the new social league will act as a good starting point.

Games would be fast, the pitching was just lobbing the ball up and teams needed only eight players.

It was a way to make the sport more accessible, breaking down many of the reasons why people were dropping out of sport, she said.

"It's just trying to reinvent the wheel a little bit. Listening to what people are saying.

"It's not just an adult thing, it's kids these days.

"Everything's so fast moving and we don't have a lot of time any more.

"So making games a lot quicker, more exciting and that's the key word I think, fast, will hopefully help."