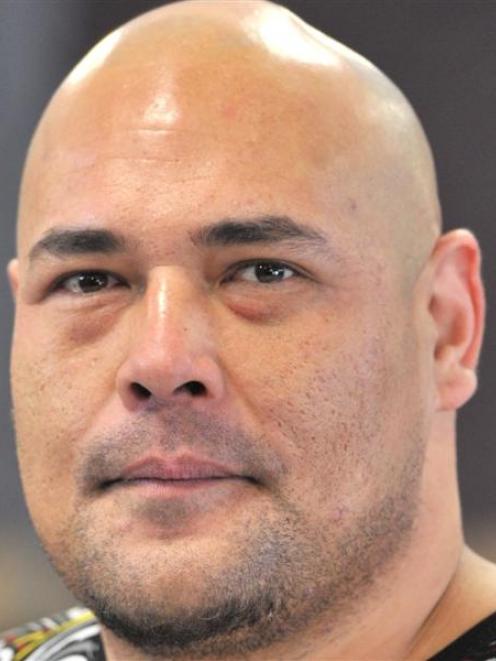 Matt Toa
Team Hammerhead fighters had a tough night in the cage when their South Island rivals got one over them at the Supremacy Fighting Championship in Christchurch.

Team Hammerhead coach Matt Toa said while he was disappointed with the result, both men had put on a ''real war'' in what was ''90%'' a physically draining ground-based fight.

''We are pretty sure Latham has a broken hand, and he definitely tried his best, so I am still very proud,'' Toa said.

The only Team Hammerhead fighter to win - but then lose - was welterweight Joel Gibson.

He caused an upset in his first fight when he beat more experienced Christchurch fighter Dan Reveley (Ultimate Martial Arts Fighting) with a round-one technical knockout, before losing the final to Nick Lesquillier (Timaru Freestyle Martial Arts) via a first-round guillotine choke.

Toa said Gibson (28) started competing last year, and he would learn plenty from his first defeat in five fights.

''Joel's potential in the cage is still relatively untapped and we definitely saw glimpses of how special he can be, but Nick was very good and he deserves big wraps for his effort,'' Toa said.

Lesquillier, who is undefeated in five fights, lives in Herbert, trains with friends in Oamaru, but also travels to Timaru to train three times a week.

His TFMA trainer, Scott MacGregor, described him as a ''true warrior''.

Team Hammerhead's Craig Masina lost his welterweight fight against Grant Toatoa by way of a triangle choke in the second round.

Toa described the fight as a ''bloody battle'', and one that Masina was well and truly in on his feet and on the ground until he was caught with the fine submission manoeuvre.

Toa said his fighters would learn a lot from their defeats and they will come back ''better and stronger''.

While the Hammerheads did it tough, Dunedin kick boxer Brook Sutton (Todd Group) had a night to remember when he qualified for November's King in the Ring middleweight series in Auckland with a split-decision win over Invercargill's David Watts (Toa Fighting Systems).

Of the seven clubs competing, the best performing was the StrikeForce club with four wins from six fights.

Supremacy Fighting Championship promoter and StrikeForce coach Karl Webber said he was thrilled with his club's performance, and the effort put in by all the fighters.

''Those guys put their hearts and souls into that event,'' Webber said.

He said every fight was a tough one and the scoreline did not often reflect the true nature of the contests.

Webber could not choose a fight of the night, but McDonald's and lightweight Rob Sutherland's win over Team Hammerhead's Shem Murdoch were two personal highlights.

Hooker secured a UFC contract after a fine ground and pound debut win on Auckland's UFC card in June.

His next fight is against Venezuelan featherweight Maximo Blanco on the undercard of the heavyweight clash between Mark Hunt and Roy Nelson on September 20, in Japan.

Webber said he was looking forward to seeing how Blanco ''handles getting his liver tickled up hangman styles''.