Nutritionist dishes up some sound advice 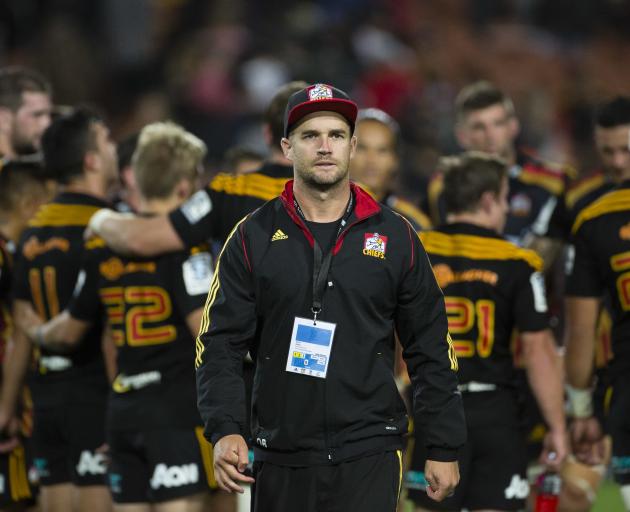 Baker, who gained a bachelor of science degree in 2003 and a postgraduate diploma in dietetics in 2005 from the University of Otago, was back in the city yesterday to deliver the inaugural sport and exercise nutrition spring public lecture on his old campus.

''Players who get nutrition right can definitely recover better and play better on a week-to-week basis,'' he said.

''Good nutrition plays a big role in staying healthy and not getting sick, as well.''

There is always the odd exception but the research suggests people with higher body fat can expect a reduction in speed and will not recover as quickly from training and playing demands.

''If you are eating a poor diet and it is sort of all over the place, you are not likely to get the benefits of the training that you are doing.''

The 38-year-old has been with the Chiefs Super Rugby franchise since 2009 and was proudly involved during the 2012 and 2013 title-winning campaigns.

He also works with High Performance Sport New Zealand and is a nutritionist for the Black Ferns Sevens and the New Zealand men's hockey team.

He has also helped establish a research programme with the Otago and Waikato Universities which has driven many of the nutrition and sports medicine interventions the Chiefs team uses.

''There are certain sports, especially skill-based sports, where the body composition requirements are not as needed.

''You see that in cricket with certain players, and in golf. But as sports get more professional, they have players taking it to a new intensity.

''You are seeing a lot more golfers who are leaner, more muscular and more injury resilient.''

Nutrition can play a big role in injury prevention and ''the less an athlete is injured the more likely they are to succeed in their career''.

''We know poor diet is related to an impaired immune system. If you are sick three or four weeks a year, there is a good chance you are not going to be at the higher end of your performance.''

While much of that seems fairly obvious, there is a lot of bad information circulating.

Some of the latest fad diets are just bad ideas. And Baker said there was always room for a feed of fish'n'chips or something ''less than ideal'' as part of a balanced lifestyle.

But the hot tip - not to be confused with hot chip - was to pick a good time to eat.

''We want athletes to prioritise their nutrition around what they are doing. The term we talk about is fuel the work you are doing.

''We often need athletes to be eating a lot more and at the right times, rather than a focus on reducing sugar, fat or carbohydrates.''

Translation: you are going to have to run off those chips and not go to bed for a snooze. There is always a catch.