By Tracey Roxburgh
0 Comments
The luck of the Irish was on Queenstown’s side on Saturday.

Each team this year was also bolstered by four players from Wellington who flew down for the game, having not had many themselves due to Covid-19.

Hurling, dubbed the fastest and oldest game on grass, goes back about 3000 years.

Players use a wooden stick, called a hurly, to hit a sliotar, or a small ball, between the opponents’ goalposts, either over the cross bar for one point, or under the crossbar for one goal, which is equivalent to three points. 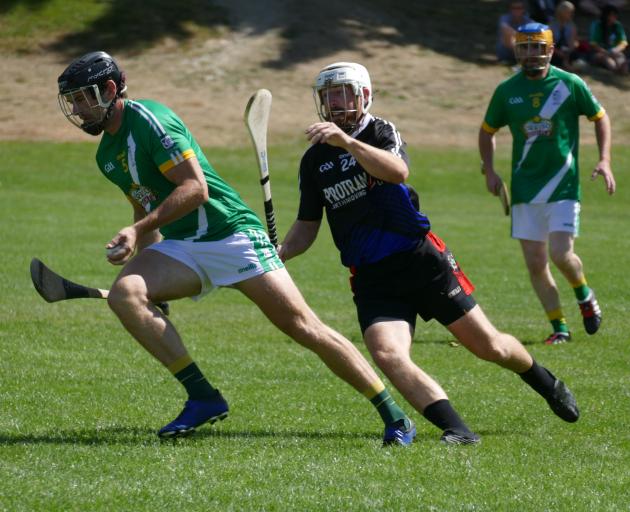 After the inaugural event, in 2018, the Christchurch side won bragging rights, and the score was settled in 2019 when Queenstown got revenge.

However, the 2020 game was cancelled due to the global pandemic, so Saturday’s match was seen as the tie-breaker, this year playing for the Lindis Pass Trophy, named after, roughly, the half-way point between Queenstown and Canterbury.

Following the Irish national anthem, it was fast and furious on the paddock from the off and with only a couple of points in it after the first 35 minutes.

Eventually — to the crowd’s delight — after a nail-biting second half, Band of Brothers retained the trophy, scoring 8 goals and 14 points to Canterbury’s 5 goals and 19 points.

The event raised almost $1080 for St John Wakatipu, which will go towards the $4200 cost of a LifePak1000 defibrillator.