Speedway: Speedweek burns up the track at Beachlands 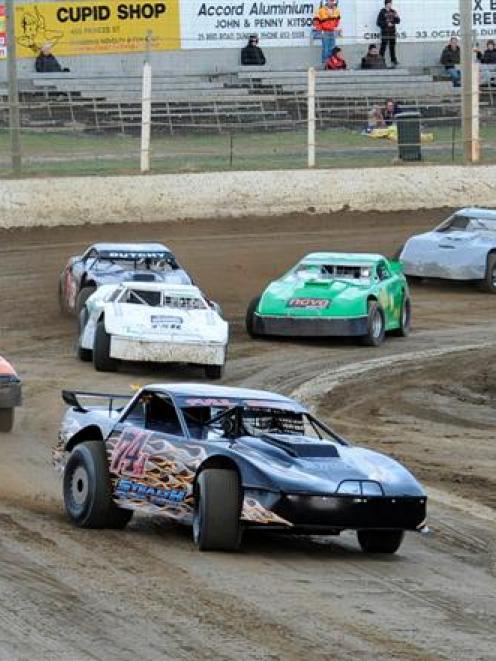 South Island Speedweek manager Wes Hughes said he was pleased with the turnout of drivers and the few thousand spectators that showed up for the first round of Speedweek in Waldronville.

Speedweek had been held for 11 years in New Zealand but this was the third year the saloon series had been held in the South Island, he saidThe best drivers knew how to keep out of the high-speed pile-ups, he said. "To finish first, first you must finish."

Beachlands Speedway president Wayne Andrews said there were 26 drivers competing in the first heats in the five stages of South Island Speedweek including Anita Sloot, from Auckland.

"Women drivers are reasonably common in speedway and drive as good, if not better, than the men," Mr Andrews said.

The two Dunedin drivers, Mark Newall (46) and Reon McPherson, had the home-track advantage but the first heat was won by Auckland driver Scott Lansdowne (37), who had had past success in the South, winning South Island Speedweek in 2010.

Although Cromwell driver Daryl Ainsley got the chequered flag in the eight-car North versus South challenge, the next four placings by Northerners were enough to win the race overall.

Speedweek continues in Invercargill tonight and Cromwell tomorrow before heading to Christchurch on Saturday, with the final chequered flag falling in Blenheim on Sunday.