No New Zealander does it better on skis with a rifle — remember the Bond movie?

Hawea Flat athlete Campbell Wright (17) is the toast of the cross-country skiing community after adding a fourth yesterday to an earlier sixth in the biathlon at the 2020 Winter Youth Olympics in Lausanne in France yesterday. 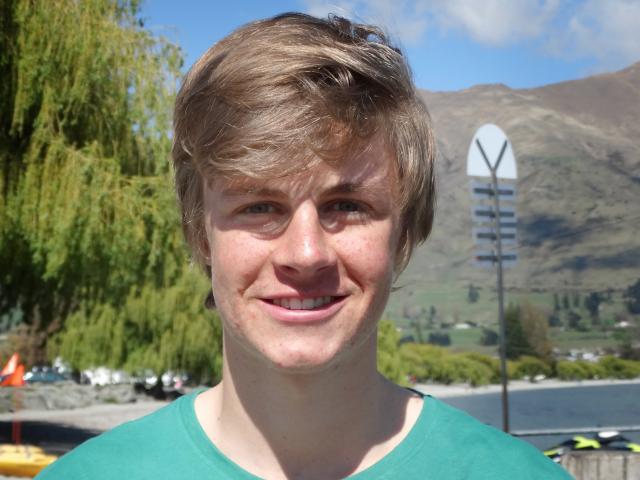 ‘‘It is the most watched winter sport in Europe.’’

Audiences tuned in, because unlike many other sports, the outcome was always uncertain, he said.

‘‘No matter how good a skier you are, if you have a bad day on the range you are not even going to come close.’’

Those competing skied several kilometres with a rifle, and then had targets to shoot from 50m with open sights.

In the prone position, the target had a 4.5cm diameter and stood 11.5cm.

Campbell Wright, of Hawea Flat, shoots and skis in the men’s 7.5km sprint biathlon at the Youth Winter Olympics in Lausanne, France, yesterday. Wright finished fourth to go with his earlier sixth in the 12.5km event. Photos: Getty Images
‘‘In the shooting, I only missed one shot so that was really good as well.

‘‘On the last lap my legs started to pop and the last kilometre I just had to try bring it home without losing too much time,” Wright said.

The biathlon was run at Les Tuffes in France.

Snow Farm founder Mary Lee said it was ‘‘hugely exciting’’ in the early stages when Campbell was leading.

‘‘It wasn’t until some of the faster Norwegians and Polish came in at the end that he was knocked down to fourth place.

‘‘But, it was so exciting to see a New Zealander at the top of the table.’’

Sam Lee said he hoped sporting organisations would ‘‘rally behind’’ Campbell and help develop the sport in New Zealand.

The Snow Farm is gearing up to help other young people get involved in biathlon.

Photo: Getty Images
Cross-country skiers with rifles were a feature of a once-famous opening sequence to the James Bond movie The Spy Who Loved Me.

Meanwhile, Queenstown duo Axel Ruski-Jones and Tallulah Bryant will play each other for a bronze medal in the 3x3 ice hockey.

The mixed-nation format puts players into teams with youngsters from other countries.

Aucklander Katya Blong will contest the gold-medal match, his team winning its quarterfinal 7-5.

The New Zealand curling team, made up of Maniototo quartet Zoe Harman, Lucy Neilson, Hunter Walker and Will Becker, had its first loss.

It was beaten 9-7 by Great Britain in its final pool match.

It will still play in today’s quarterfinals against a yet to be confirmed opponent.