The 5yr-old produced a sweeping finish from last at the 800m to run past his stablemate Santanna's Rocket and give Breen the quinella in the 3200m feature.

Breen, who is enjoying his best season as a trainer, was still coming to terms with what his pacers had produced in the moments after the race.

"I got a bit choked up there before, just looking at some of the horses names on the trophy,'' he said

"It was unreal, it was unbelievable.

"It has got to be the top of the list, especially the Wyndham Cup.''

After showing patchy form last season and at the beginning of this season, Sagwitch has hit his peak recently.

Breen puts that down to the horse maturing and being a happy and healthy animal.

"It has been a long slow road with him. He is just so happy, just a bit of maturity has really helped him.

Sagwitch stopped the clock in 4.00.9 for driver Mark Hurrell.

Breen said he went into Saturday's feature with confidence after Sagwitch worked sensationally leading in to the race.

"His work on Tuesday was amazing - horses just don't work that [well].

"And then Santanna's Rocket went out and worked just about as good.''

Sagwitch's victory means that - barring some sort of major surprise - he has the Southern Country Cup series sewn up. Breen has a long-range goal in mind for Sagwitch; the plan is to have him follow in his big brother's footsteps.

Breen hopes to have his horse at this year's series in Auckland.

He planned see how the pacer would handle a trip north - and racing right-handed - with a winter campaign at Alexandra Park.

The details would be finalised as the horse approached the Southern Country Cups Final at Ascot Park next month.

Mark Purdon and Natalie Rasmussen-trained pacer Flying Even Bettor ran down his stablemate, Copperfield, to win the 1609m feature.

Flying Even Bettor scored by a length and a quarter after receiving a perfect sit in the one-one from driver Blair Orange.

Cassius Bromac produced an impressive debut effort to run third behind the All Stars pair. 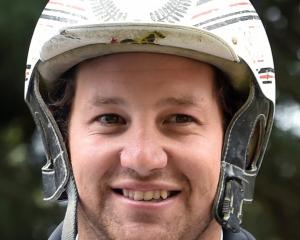 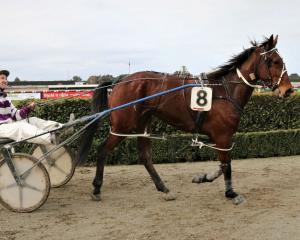