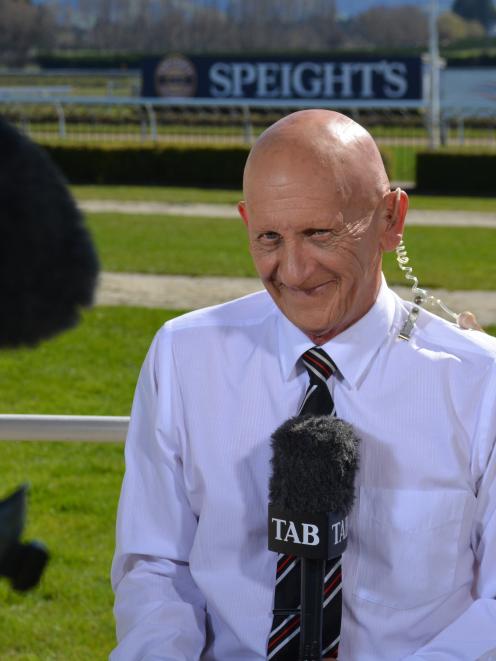 Dave McDonald
A massive number of nominations have been received for the first thoroughbred meeting in the South since March.

The Southland Racing Club meeting at Ascot Park on Friday will be the first time gallopers have been in action south of the Waitaki River since late March.

It is rare for the code to race this far south in the middle of winter but this is no ordinary season.

Thoroughbred racing was the last of the three codes to get under way after the Covid-19 restrictions. It began at Pukekohe last month and races have been held at Riccarton in the past couple of weeks.

Southland Racing Club president Sean Bellew said he believed it was the first time in history a gallops meeting had taken place in Invercargill in July. The track will, unsurprisingly, be heavy.

Nominations closed yesterday and there were a whopping 165 nominations. The fields for the as many as 12 races will be announced today.

Bellew said it was more horses than he would ever have believed. He thought up to 110 nominations would be received.

Under rules set by Thoroughbred Racing NZ concerning the rescheduled season, any horses ballotted out in its first meeting back will receive a guaranteed start at the meeting for which it is next nominated.

A meeting was organised earlier this month for Timaru on Sunday so many Canterbury horses had been pointed towards that meeting. More than 40 horses were ballotted out of fields at Riccarton last weekend.

Bellew said the high numbers showed there were many more horses around than first envisaged when the calendar was released post-restrictions.

Many owners might have been forced to leave their horses with trainers during the restrictions and then simply decided to get the horse back racing, Bellew said. That may have an impact on fields in spring but he said it was quite a privilege to hold a meeting with so many nominations.

There was good support from southern trainers and owners, and he was hoping for a good crowd. Races had stakes of $15,000 which Bellew said was fine.

The meeting would also be a chance to farewell longtime race caller Dave McDonald.

McDonald was let go when changes to staffing were made by the Racing Industry Transition Agency in May but the Southland Racing Club has employed McDonald to do one last call.

McDonald, in his mid-60s, has been in the industry for more than 40 years and called all three codes, a rarity in this day and age.

He was made an honorary member of the Southland RC earlier this week and Bellew said his type of experience and knowledge could not be lost to the industry. His expertise was appreciated by all in the industry in the South, Bellew said.

McDonald’s contribution would be acknowledged with a presentation at the meeting.