It all points to star mare Melody Belle 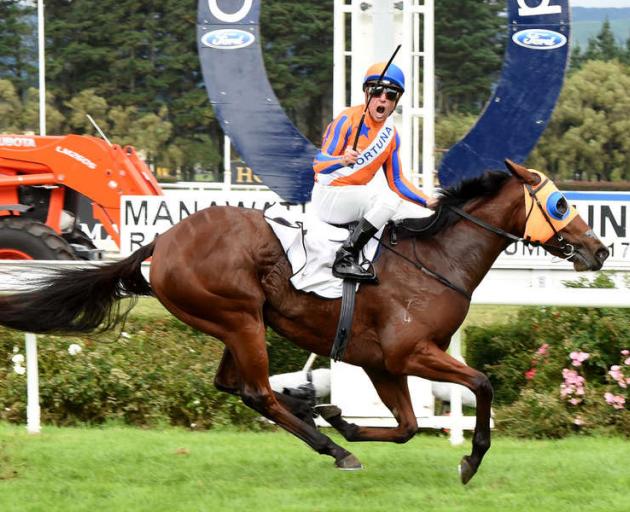 Melody Belle. Photo: Race Images
Although the Windsor Park Plate looks the perfect race for star mare Melody Belle, trainer Jamie Richards is taking nothing for granted before her quest for an eighth group 1 victory.

The 5yr-old is set to start at short odds tomorrow when she looks to repeat her 2018 win in the 1600m weight-for-age feature at Hastings.

The step up from 1400m to 1600m in the third run of her campaign, following her brilliant win in last month's group 1 Tarzino Trophy, makes the Windsor Park Plate look made to order for Melody Belle.

Add in her strong work since that race, her group 1-winning form on dead ground, a handy No6 draw and the services of her favourite rider, Opie Bosson, and it seems the stars have all aligned for the star mare.

Despite that, Richards is not getting ahead of himself.

"They don't give away group 1s. We have got a mare going into the race in good form, but we have a lot of respect for the opposition."

Bosson will replace Michael McNab, who rode Melody Belle to win the Tarzino Trophy at Hastings three weeks ago.

Richards will leg Bosson aboard for the first time since he rode Melody Belle to win the group 1 Bonecrusher Stakes at Ellerslie in March.

"They obviously get on great together," the trainer said.

"Michael has done a great job for us and knows the mare really well.

"But Opie is our retained rider and he has got a brilliant strike rate on her."

Melody Belle has won her only two attempts at 1600m in New Zealand.

They both came in group 1 company in the Haunui Farm Weight-For-Age at Otaki and in last year's Windsor Park Plate.

Richards said the mare's work since her Tarzino Trophy win suggested the timing was perfect for her to step up to 1600m tomorrow.

"We are happy with her; she has gone the right way.

Earlier this week, the Windsor Park Plate underwent a massive shake-up when leading contender Endless Drama had to be scratched due to a hoof problem.

The 5yr-old will have one of her main rivals in Tarzino Trophy runner-up Wyndspelle beside her in the gates.

The 6yr-old, who starts from No7, put in a good finish in the Tarzino Trophy, although it was no match for Melody Belle's brilliant late burst of speed.

Wyndspelle will be out to go two better than his third placing behind Melody Belle and Savvy Coup in last year's running of the Windsor Park Plate.

The Johno Benner and Hollie Wynyard-trained galloper was rated the $7 second favourite following the withdrawal of Endless Drama.