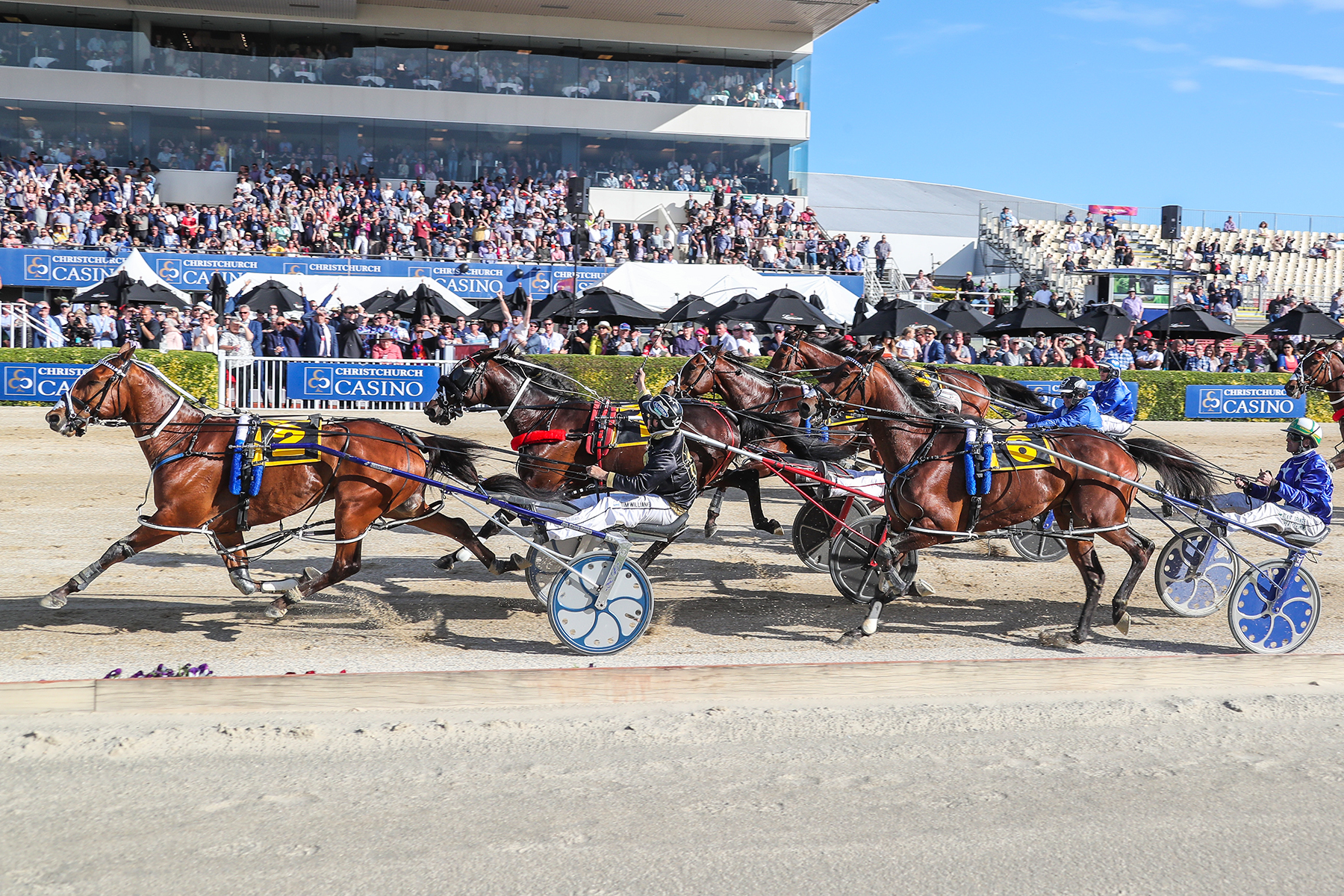 Chase Auckland is a leading contender on opening night of the Interdominions at Alexandra Park. PHOTO: RACE IMAGES

The opening heat looks set up extremely well for one of the New Zealand favourites, Habibi Inta (4).

I expect Big Jack Hammer (1) to use his good gate speed to lead early from barrier 1. The front looks there for the taking for Habibi Inta from barrier 4.

Big Jack Hammer is good with a soft run, and is unlikely to want to get into too many speed duels in his first start right-handed.

The scratching of McLovin means Massive Metro (5), Kenny’s Dream (6) and Monty Python (10) are the next best.

Though Monty Python is hardly a sprint specialist, I put him ahead of the other two, as he should get a nice run from barrier 2 on the second row.

Massive Metro has the ability to test many of his rivals, but I find him hard to follow, so approach him cautiously.

Heat 1 for the pacing series looks the trickiest race to assess.

All kinds of formlines will converge when an even field meets.

Chase Auckland (3) is the only horse bringing form as a last-start group 1 winner. After he drew barrier 3, it is hard to see why he has not been made the early favourite.

Fellow All Stars pacers are also right in this race. Ultimate Sniper (6) was brilliant in his last start at Addington and a repeat would just about have him winning this race, despite rising in class.

Ashley Locaz (2) is a classy horse that I expect to make the series final, so he is a must-include from barrier 2.

San Carlo (5) is the best of the rest. He is certainly good enough, but there are question marks over where he is at and how he will handle right-handed racing.

In contrast to the previous pacing heat, trotting heat 2 looks quite straightforward.

Marcoola (1) has the speed to lead, and should be in front throughout from barrier 1.

If Marcoola leads, Majestic Man (9) should trail, and that gives him a realistic winning shot. What is against him is that it is unlikely Marcoola would sustain huge pressure on the first of three nights of heats to be run in a week. That scenario could see Marcoola get a soft lead and sprint home too quickly for Majestic Man. So it’s a risk, but I think it’s worth the better odds to go with Majestic Man.

Tough Monarch (7) was excellent during the New Zealand Cup Carnival and is a top-three must.

Temporale (5) and Winterfell (11) are the best of the rest and genuine place hopes.

The barrier draws for heat 2 of the pacing series make for an intriguing contest.

New Zealand Cup winner Cruz Bromac (10) looks to have the best alley to work with, despite drawing barrier 2 on the second row.

He should be slightly better off than his main rival and Bling It On (7).

Simply put: whichever of these two get the better run should win.

Bling It On looks to be giving away a draw disadvantage, but has tractability on his side. Of all the Australians, I would expect him to handle right-handed racing the best.

Thefixer (9) is easily up to winning this race. Drawing barrier 1 on the second row means he is likely to receive either an excellent or a terrible run.

A G’s White Socks (3) is my roughie for night one. He has the ability to match most horses in this series, but he has not shown that recently. His move to Barry Purdon’s barn could spark him back to form.