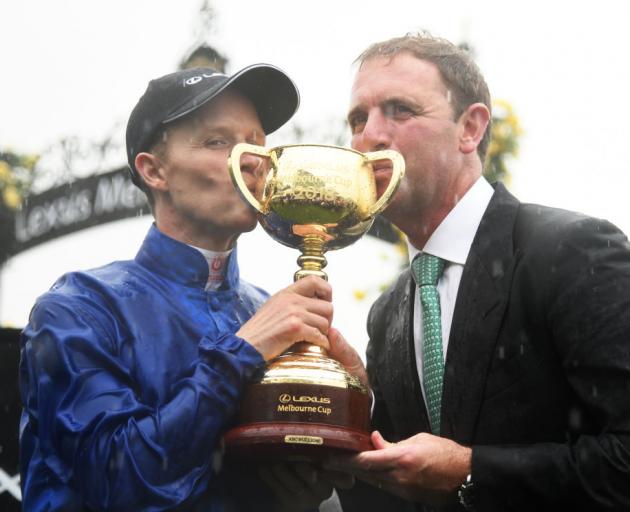 Rider Kerrin McEvoy and trainer Charlie Appleby pose with the cup after winning it with Cross Counter last year. Photo: Getty Images
Excitement is building at Wingatui ahead of the arrival of the Melbourne Cup later this month.

Otago Racing Club officials have been busy preparing for the arrival of Australasia's most recognised horse-racing trophy on August 30.

The cup is on a promotional tour for the race that stops two nations on the first Tuesday in November. 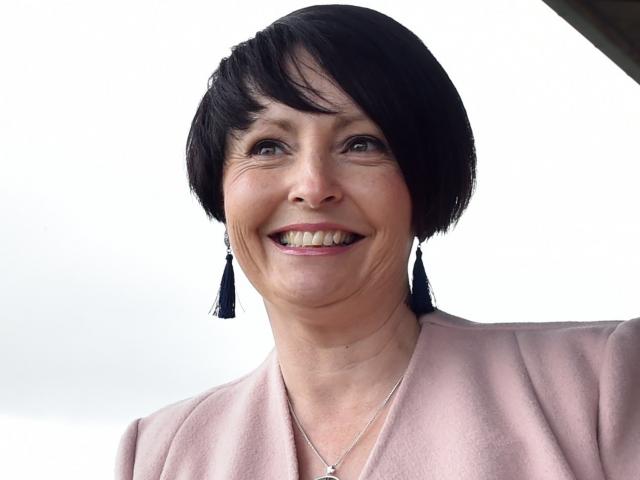 Rebecca Adlam
Otago Racing Club chief executive Rebecca Adlam said there was an air of excitement ahead of the cup's arrival.

''We are all pretty excited about it. It is all coming together really nicely.

''We are one of just three clubs in New Zealand that have been selected - the cup is going to 10 countries around the world.''

The club plans to make the most of having the trophy for November's $A7.3 million event.

The cup will arrive at Wingatui hours before it will be shown off at the Otago Racing Awards on August 30.

Racing fans will get the opportunity to take a selfie with it when it is displayed at Wingatui on August 31,

when the club will host an open day for both racing insiders and the wider public.

The cup will arrive just weeks before the 30th anniversary of what can be termed an Otago win in the race.

The Lee Freedman-trained and Shayne Dye-ridden entire was by the stud's resident stallion, Tawfiq.

White Robe Lodge will hold an open day as part of the Melbourne Cup celebrations. Visitors will be able to get an up-close look at the property's three sires: Ghibellines, Raise The Flag and Gallant Guru.

Prominent racing identity Des Gleeson will accompany the Melbourne Cup to Otago. Gleeson, who started his career in racing as a jockey, played a vital role in overseeing the integrity of Melbourne Cup races during his 12-year term as Victoria's chief steward.

After giving it their best, clubs must wait