The province's four-year interprovincial winning streak ended at Lake Ruataniwha over the weekend.

A classy Canterbury team won 14 of the 18 races at the regatta, while also picking plenty of second and third places.

Otago managed two wins, both in the under-20 grade.

The young duo of Paige Furrie and Mackenzie Ealson also triumphed in the double sculls.

Otago rowers did have plenty of success in the R2K single sculls regatta, held concurrently with the interprovincials, claiming

seven titles across the 10 races.

Hofmans was dominant in her win, while Oamaru's Hannah Cunningham and Otago Girls' High School's Lucy Merriman came in second and third respectively.

Wanaka's Sam Pearce was second in the boys race.

First and second places came in both the under-16 races as Jack Pearson beat Otago club mate Mark Smith in the boys, and Wanaka's Pipi Horan beat Dunstan Arm's Sophie Smith in the girls.

Wakatipu's Georgia Thomson won the under-15 girls and was followed by Abbey Mason and April Linares-Fontona.

Lochlan Herrick was second in the boys. 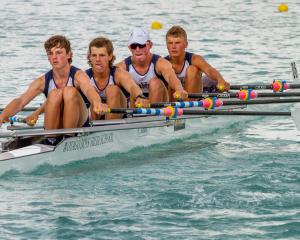 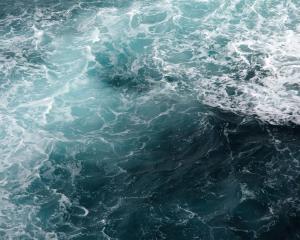 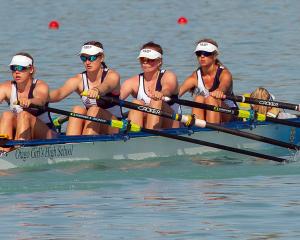