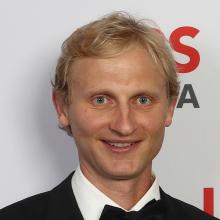 Hamish Bond. Photo: Getty Images
Next month is just part of the process, not the end goal for Hamish Bond.

The two-time Olympic champion is not going to the final Olympic qualifying regatta just to make the Tokyo Games.

He wants to be on the podium, alongside the rest of the New Zealand men’s eight crew.

The regatta in Lucerne, Switzerland, on May 15-17 is simply the first step to getting there. Seven crews will compete for the final two spots at the Games in the event.

It would complete a successful comeback to the sport for the Dunedin rower, who had a stint in cycling and won a Commonwealth Games medal following the Rio Olympic Games.

"In reality qualifying, I see it as part of the process," Bond said.

"I’m not getting ahead of myself by any means. The goal of coming back to rowing and being part of the eight was to get on the podium.

"Just getting there, I’m not putting disappointment or targets on anything, but the group we’ve assembled is capable of medalling should we get things right. Hopefully, we qualify and kick on from there."

The crew will have to quarantine for two weeks on its way back.

If it qualifies for the Olympics that will make for two weeks of less than ideal preparation for the Games which begin in July.

But it was just another challenge Bond said the crew would have to overcome.

Covid-19 had also limited the competition the crew has had in preparation.

While that made it hard to know how it would shape up, Bond said there was plenty of ability in the group.

Taking confidence from the work it had put in was important as well.

Knowing they had done everything in preparation and then living with the result was the approach he had taken with Eric Murray in the men’s pair.

That had proved a successful approach — the duo never lost a race.

Figuring out the best way to combine as a team was the big challenge to overcome.

"We’re a little bit throwing mud at the wall and seeing what sticks," he said.

"Whereas Eric and I in the pair, we had eight years to figure it out.

"By year three we had a pretty good system and we knew what we did to make the boat go fast and just homed in on that.

"That’s the challenge figuring out what it is to make the eight go fast. We don’t have that recent history of success in the boat to fall back on."

Whether it would be his last competition is something Bond was yet to decide.

While there was an element of counting down the days from a mental standpoint, he was feeling good physically.

He had dealt with a rib fracture around September last year, but had now had six months of solid training.

Bond felt he was now in as good shape as he ever has been physiologically.