Tufui chasing spot in Otago side 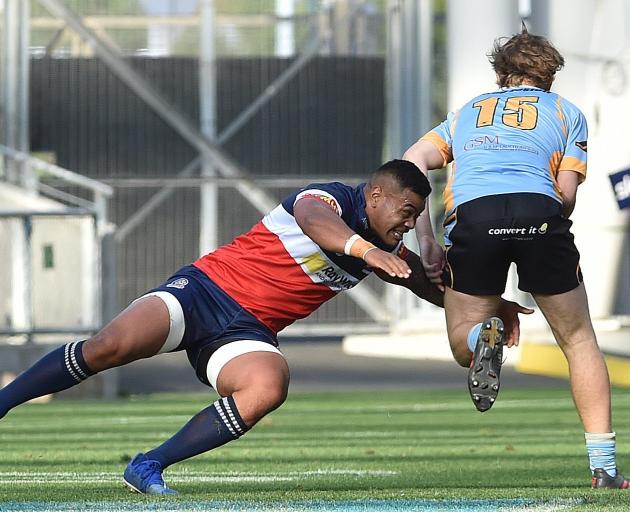 Harbour midfielder Willie Tufui tackles University fullback Henry Williams during a premier game at Forsth Barr Stadium on Saturday. PHOTO GREGOR RICHARDSON
Willie Tufui has to swing his arms and legs in a short semi-circular motion just to move around.

He would chafe otherwise. You see the new Harbour midfielder is equal parts rugby player and tightly wound balls of twine.

The 26-year-old used those muscles to bash, bump and barrel his way through the heavy traffic to score a second-half try for the Hawks on the weekend.

It sparked a late run for Harbour. The Hawks had trailed University 47-12 but piled on 26 unanswered points to cut the deficit to 47-38.

"And frustration and anger just sort of drove me through."

Actually, there wasn’t a gap until he made one. And it was probably those thighs which drove him through more than anything else.

Tufui, who hails from Wellington, followed fellow Hawks recruits Viliame Fine and Bruce Kauika-Petersen from the capital to Dunedin with the firm goal of forcing his way into the Otago team.

"I just wanted a bit of a change. Wellington just keep picking the same guys, so I followed Vili and Bruce.

"Mine was a last-minute move.

"The Hawks wanted a midfielder so I thought, ‘aw yeah, I’ll come with’."

Tufui had bagged a try in the opening game against Southern a week earlier. It was similar effort.

Tufui is too solid to shift easily. He is shaped like Ngani Laumape and plays a bit like him as well.

"People could say that," he responded, happy with the comparison.

Like Laumape, he is not afraid to attack the line. But he sees himself as a playmaker as well.

Tufui was born in Auckland but grew up in Wellington. He went to Naenae College and played his club rugby for Petone.

He has played for Wellington B and represented the province at age-group level.

But it is a spot in the Otago side he covets now.

In the meantime, he is happy living in Dunedin. He is working as a teacher aide at Sara Cohen School.

Harbour has a bye this weekend. Its loss to University meant it slipped to fifth place.

Kaikorai leads the competition standings with maximum points from its two games.

It plays University at Logan Park tomorrow. A win for Kaikorai would put it in a great spot to secure a berth in the Speight’s Jug final.

Taieri will host Green Island at Peter Johnstone Park. Both side are unbeaten so that shapes as the game of the round.

The Challenge Shield is on the line as well.

In the other games, Alhambra-Union and Southern will be looking for their first win. That game is at the North Ground, while Dunedin will also being hoping to open its account against Zingari-Richmond at Kettle Park. 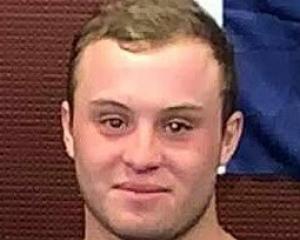 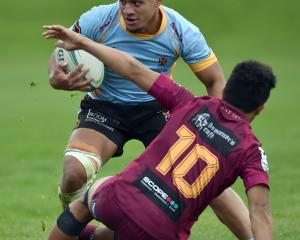 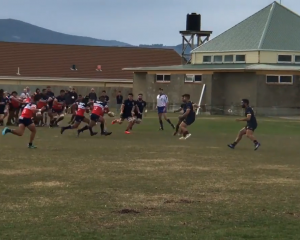 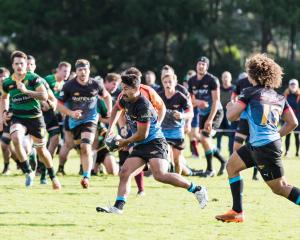 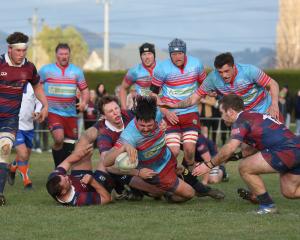