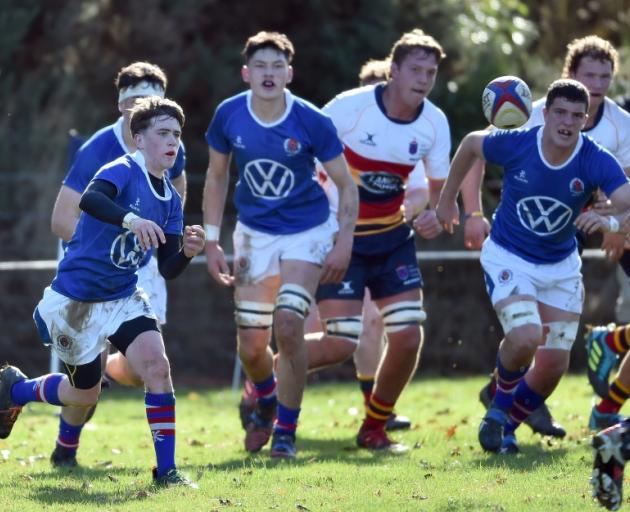 Otago Boys’
Coach: Regan Turoa
2020: Champion
Key players: No 8 Semisi Tupou Taeiloa, first five-eighth Finn Hurley, openside Ronan Dynes
Oil: Many of the key players have left so the side has a fresh look. There is plenty of talent and confidence though.

St Kevin’s
Coach: Justin Fowler
2020: Sixth
Key players: Loose forwards Anthony Docherty and Ben Kay, midfield back Asesela Ravuvu
Oil: About half the side back from last year, busy pre-season with five games, aiming to stay in the top six.

Otago Boys’ 2nds
Coach: Mark Pledger
2020: Seventh
Key players: Fullback Hamish Faulks, halfback Jake Fowler, loose forward Jordan Dale
Oil: Up to 10 15-year-olds in the team and one or two of the leading players may end up in first XV. The aim is to win the bottom six and go from there.

Wakatipu
Coach: Lee Hart
2020: Ninth
Key players: No 8 Ben Barke, winger Will Cooper, midfielder Tyler Harris.
Oil: Squad includes half a dozen year-11s, so rebuilding for 2022. The aim is to be competitive in the middle four.

Combined Schools
Coach: Ryan Rosevear
2020: Last
Key Players: No 8 Lachlan Nicholl, centre Thomas Andrews, openside Ollie Sinclair
Oil: It was a struggle last season. It will probably be a struggle again this year. But the team will play with width and look to catch out some of the bigger sides.