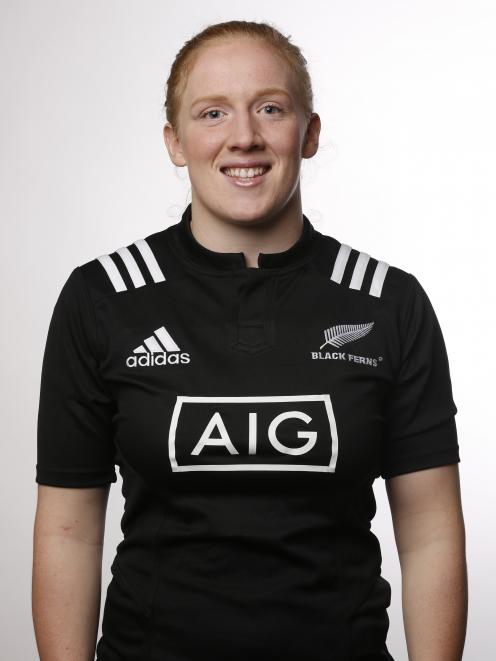 You would not blame the Otago Spirit No 8 if she had half an eye on claiming a spot in next month’s Black Ferns Possibles v Probables game.

The 22-year-old has been one of the Spirit’s standout players in this year’s Farah Palmer Cup, her physicality making her something of a monster around the park.

Last year she went to a camp with the national side, too.

She said it would be nice to get back there.

But it was not a focus.

For today, at least, she was concentrating on the Spirit’s final game of the season, against Wellington in the capital.

A semifinal spot is out of reach, barring something phenomenal, but that was not quelling motivation.

"We want to finish the season strong," she said.

"So definitely want to come away with the win."

She said Wellington would be strong up front and meeting it with good tackles and moving the ball wide would be key.

That would suit Henderson, who has been focusing on making dominant tackles and passing early all season.

Indeed, it fits well with what initially got her hooked on the game.

Originally a rower while growing up in Oamaru, her teachers at Waitaki Girls’ High School persisted in suggesting she give rugby a go in year 11.

"I was a bit of a naughty girl at school, so I think they thought it would be good for me," she said.

"Once I played it I just loved it, the contact, it was good."

That contact was where she excelled, and while she enjoyed it, she admits to not being a natural straight away.

"You know when you first play they always throw you out on the wing?

However, she quickly moved to the loose forwards, her fitness from rowing and ability to keep getting back up key.

Now in her fourth year with the Spirit, she has come a long way from those days.

She still lives in Oamaru, driving down to Dunedin for trainings and games with outside back Cheyenne Cunningham.

Until recently she worked at Canterbury Wool Spinners, although is planning to come to Dunedin next year.

Alongside being more immersed in rugby, she also hoped to study a course in diving.

She will be surrounded by a slightly different-looking Spirit side today.

Fullback Hinemoa Watene has been ruled out with a concussion, prompting a backline reshuffle.

Amy du Plessis goes back to 15, Kilisitina Moata’ane moves one spot out to centre, Teilah Ferguson slots in at second five-eighth and Meg Breen returns on the right wing.