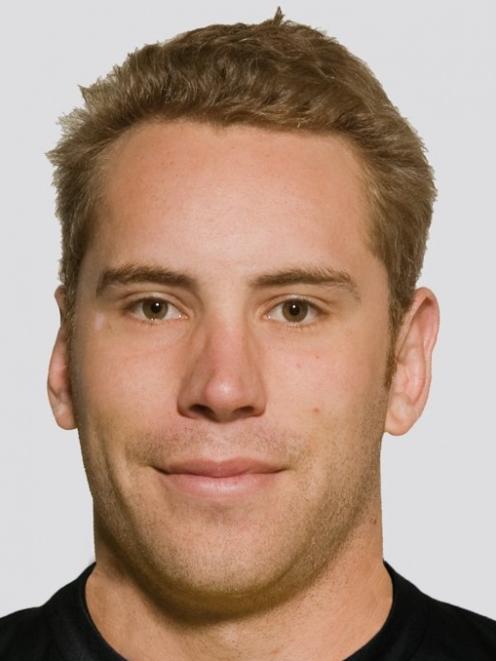 Jarrad Hoeata
The Highlanders have suffered a big blow more than two months out from the start of the Super 15 with lock Jarrad Hoeata ripping his pectoral muscle.

Hoeata had an operation on Tuesday after sustaining the injury late last week, and is likely to be out for between three and four months.

Highlanders coach Jamie Joseph said it was a ''massive'' blow to both the team and Hoeata.

The big lock, who can also play blindside flanker, suffered the injury making a tackle at training, ripping the muscle off the bone.

Joseph said Hoeata was more likely to get back on the paddock after four months, so will miss the first third of the season at least.

"He was looking very good and mentally very hungry after what he achieved last year and wanted to carry on with that," Joseph said.

Hoeata, who turned 28 last Monday, was the Highlanders first signing when Joseph took over as coach last year and had a mighty season in 2011.

He played every game in the Highlanders' season and such was his form he was picked for the All Blacks, making his debut in the black jersey against Fiji at Carisbrook.

He did not make the All Blacks World Cup squad but with Brad Thorn heading overseas many have suggested Hoeata is the logical replacement.

The Highlanders travel to South Africa in mid April and Hoeata may come into consideration then, although it is early to say when he will get back on to the paddock.

Hoeata will not do much training before Christmas but should be able to get back into some running after the break.

Wider training squad member Daniel Ramsay, of Otago, will be helping out with the squad, though no-one has been formally called into the team.

The other locks in the side are Josh Bekhuis and new signing Cullum Retallick, while Nick Crosswell could probably play lock if needed.

Josh Bekhuis has not started full training yet as he recovers from an operation to fix a groin injury.

Prop and captain Jamie Mackintosh has had the same operation.

The Highlanders disband from pre-season training on December 23 and get back together on January 9.

The team's first game of the season is against the Chiefs in Hamilton on February 25.