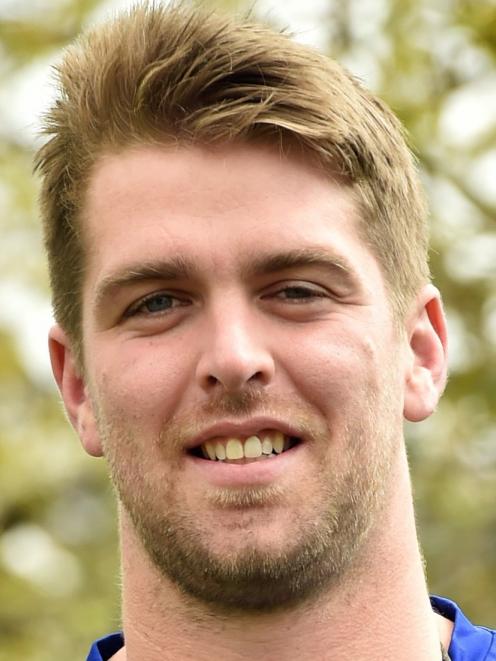 Charles Elton
The dream was going well for Charles Elton. But reality — in the form of injury — has arrived.

The Otago blindside flanker was having a great first season for Otago.

Elton, who has played more than 100 games for the Harbour club, had played for Otago B and was named North Otago player of the year last season.

But the 27-year-old had never made an appearance for Otago until this year when he was called into the training squad halfway through the club season and worked his way into the starting side.

He has impressed with his play on both attack and defence, looking well suited to this level.

But he went over on his leg at training on Wednesday and is out of tonight’s game against Northland.

Elton was wearing a moon boot yesterday and was due to have a scan to find out what had happened to his leg. He has been replaced by Sam Fischli, who played against Canterbury last month and put in a good effort.

Winger Freedom Vahaakolo also has a lower leg injury and was on crutches earlier this week after picking up the injury in the dying minutes of last week’s game against Tasman.

Vilimoni Koroi has been moved to the right wing to replace Vahaakolo and Michael Collins goes to fullback.

In what must be some sort of record, Thomas Umaga-Jensen comes into the squad on the bench. The midfielder will make his first appearance at first-class level this year if he gets on the field tonight.

That must be the latest in a season any player in New Zealand has made his opening first-class appearance of the year, and it will be his debut for Otago if Umaga-Jensen gets on the field.

The muscular Umaga-Jensen headed south after he left school and played in Dunedin for a year in 2016 but never played for Otago. He then headed back home to Wellington for three seasons but moved to Otago this year. He has played eight games for the Highlanders.

Umaga-Jensen (22) has been out all season because of shoulder surgery. His twin brother Peter made his All Black debut this season.