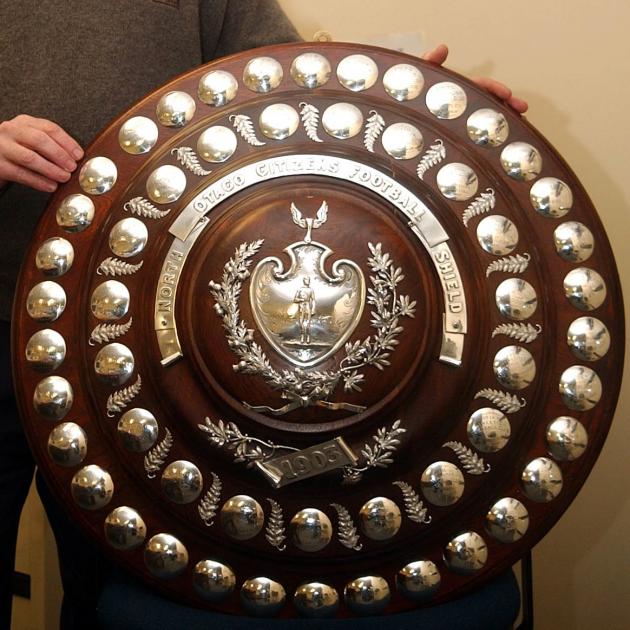 Old Boys — which won the Citizens Shield consecutively from 2011 to 2015 — will come up against Kurow after beating last year’s finalist Valley 22-11 on Saturday.

While the score blew out in the end against Athies, Kurow was made to work for its place in the final.

It was an arm wrestle in the first half, Kurow holding most of the possession but unable to break through some strong Athies defence to get over the line.

It turned to its kicking game, as Hayden Parker slotted three penalties to give the home side a 9-3 lead at the break.

Kurow finally had a breakthrough in the 51st minute, when hooker Bailey Templeton dotted down for the opening try of the game. Parker’s conversion and another penalty pushed the lead to 19-3.

In the dying minutes of the game, winger Dean Fenwick sliced through Athies’ defence to score and send Kurow to the final with a 26-3 win.

In Oamaru, Old Boys snaffled first points when the ball was shifted into the safe hands of halfback Tini Feke, off the back of a line out on the 10m line, who bumped off five Valley defenders to score.

Old Boys was hot on attack soon after, but a breakdown in communication resulted in a missed pass, and a stroke of luck led to a scintillating try for Valley.

No8 Cameron Rowland punted the ball forward and flanker Jacob Pledger took off after it, giving it another nudge down the field. Pledger ran in a 70m try, met with a loud cheer from the loyal Valley fanbase. It locked the scores at 5-5.

Rowland was outstanding for the Weston team, winning the contest over the ball, physical in the battle, and led his pack up front. Jake Greenslade was also solid in his 100th match for the club.

History repeated itself after halftime when Feke got over for his second of the day in the 46th minute. Inoke Fisilau converted it and took a penalty soon after, to give the Oamaru club a 15-11 lead.

From there, both sides had their opportunities but a couple of forward passes spoiled both teams’ scoring chances.

Ralph Darling provided a calm head after being injected at the half and provided some nice inside offloads.

Old Boys stalwart Lemi Masoe spotted a gap in Valley’s defence about 15m out, and took off, to score under the posts and was greeted by a rambunctious celebration from his team.

Fisilau converted the try to secure its finals spot.

Saturday’s final will be played at Whitestone Contracting Stadium in Oamaru.