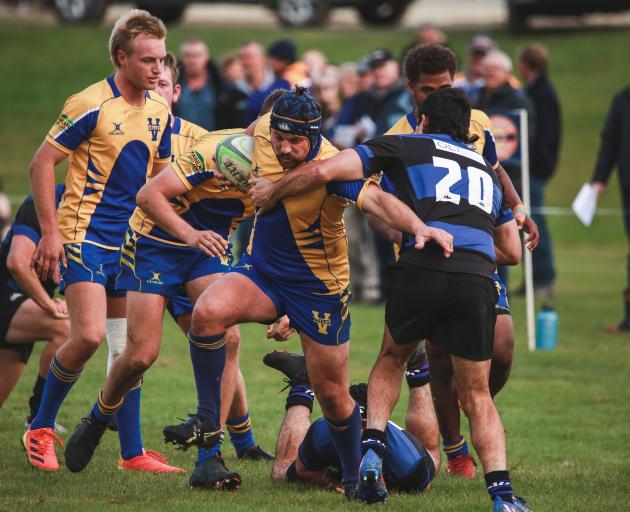 Valley comes into the match after a massive 64-20 win against Blues.

After Simon Conlan scored the opening try for Blues, Valley pulled together some good team tries to win.

In the first-round match, Old Boys scored three tries in the final 12 minutes to beat Valley 38-24.

Valley coach Barry Matthews expected another big match against Old Boys, in Weston, and Valley’s defence will be key.

"If we can defend well, we should stay in the contest for longer."

Coach Chris Jennings said his side had put in a good defensive effort for the majority of the match, but lapses gifted Old Boys field position and territory to score.

Maheno needed to learn from its mistakes and Jennings felt his side was preparing well for tomorrow’s match.

Last time, Athies held on to beat Maheno 40-37. Athies had been strong this year and Maheno would have to be "right on our game", he said.

Maheno has been building all season, with few mistakes letting it down, which Jennings hoped to tidy up tomorrow.

"When we get our patterns of play and our structure going, it’s really good," he said.

"In terms of the effort, defensively we’ve come a long way. It doesn’t feel like we’re far away but we’ve just got to keep working hard."

In Oamaru, Excelsior will host Kurow. Last time the two played it was a mid-week match, which Kurow won 26-24, after the original match was postponed due to Covid-19.

Kurow is coming into the match after beating Athies 35-28. Kurow made the most of its chances, first-five Tyler Burgess slotting seven penalties in the match — he has given the team confidence knowing it can look to him tomorrow.

Blues had a heavy defeat last week, but only went down in the dying minutes of its last game against Kurow.