Mirrielees' discomfort for a good cause 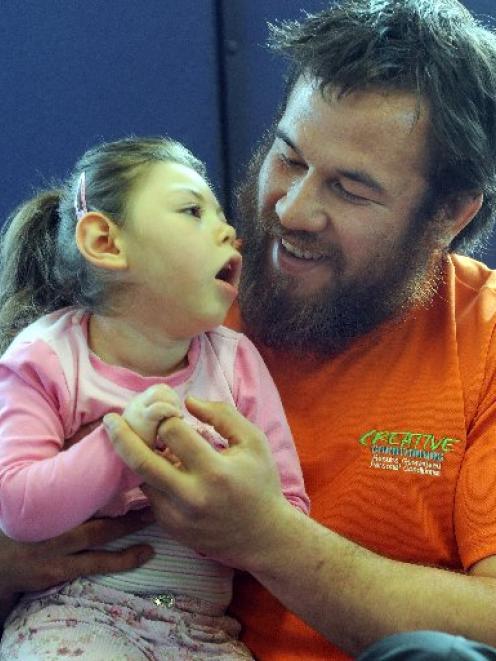 But Mirrielees is looking like Grizzly Adams for Daryl-Ann Fehsenfeld, a Dunedin girl who has severe cerebral palsy.

Last year her parents, Rob Fehsenfeld and Janine Bolton, raised $45,000 to travel to Mexico for their daughter to have stem cell therapy.

Such was the success of the treatment that Daryl-Ann, who turns 4 in November, is gaining weight and strength and is now attending more than 20 hours a week of day care. As a result, her parents want to take her back in March.

Mirrielees, who is a family friend, wanted to do his bit.

So after growing a beard for an end-of-season hunting trip with the Highlanders three months ago, he hit on an idea to just keep growing it.

"People kept saying you had to get rid of it, how bad it looked. And it is itchy, and feels funny some of the time," he said.

"But it is nothing compared to what this little girl has been through. I just wanted to help out and do as much as I can."

He said people could pledge money to support the family, and the more the better.

When he felt there was enough money there, he would get the razor out. "It's actually quite good in the front row, anyway."

Last year, Mirrielees organised Highlanders captain Jimmy Cowan to auction one of his All Black training jerseys to help Daryl-Ann travel to Mexico.

The beard-growing campaign had caught on among his Otago team-mates, with lock Hayden Triggs, prop Kees Meeuws, flanker Eben Joubert and winger Fetu'u Vainikolo all joining in, although they have some way to go to match Mirrielees' effort.

Her mother said when Daryl-Ann was born she was not expected to live to see her first birthday, but she was a fighter and had made great strides in the past couple of years.

Pledges can be made at www.darylann.co.nz.