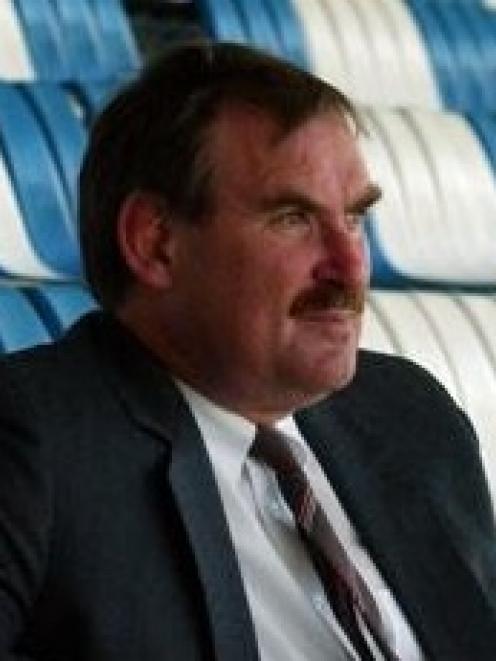 John Hornbrook
One of the Otago Rugby Football Union's longest-serving former administrators says he was "amazed" at how slow the union's board was to learn of its impending financial trouble.

John Hornbrook served as the union's chief executive from 1984 until 2003 and recalled the era when he was responsible for monthly reports to the board intended to identify potential problems early.

"Listening to [union chairman] Wayne Graham on the radio, that it wasn't until September or October they realised the extent of the debt. That's amazing."

Hornbrook told the Otago Daily Times this week he accepted the board had inherited some major problems and that "it probably was a hole too deep for them to get the union out of".

"I'm just surprised they didn't have an updated position from month to month. We certainly did."

Hornbrook said he preferred to "get kicked around by the board" over his monthly reports than have the union end up in deep financial trouble.

"You were really adjusting your business monthly... so you wouldn't get in the hole. And it was bloody strictly enforced."

Former ORFU chairman John Dowling was even more blunt in his assessment of the union in the period before the current board's term - "poor administrative appointments, poor employee appointments, poor strategic planning, lack of communication, lack of financial planning".

Dowling said during his term (1983-89), the chairman of the union's finance committee, Bill Auld, had financial matters "always, always under total control".

"Everybody knew the total financial position every month - not every year or so and not by guesswork but every month. Totally. Factually."

Board chairman from 1985 to 2003 Colin Weatherall was surprised at the rapid deterioration in the union's finances in the time since the sale of Carisbrook.

The union sold the ground to the Dunedin City Council for $7 million in 2009, leaving it with a debt of $1.2 million which he believed was manageable "with the support of the bank and other parties".

"And suddenly in the next two years another million dollars has been added to that debt.

"I just ask the question: what happened there?"

The union's financial statement for 2011 has not been filed with the companies office.

Figures noted by the ODT on Monday night, when the union announced its likely liquidation, showed revenue at $3.5 million for the year, compared with $5.6 million in 2010.

Requests by the ODT this week for clarification of the figures have met with no response.