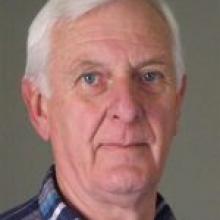 Gilbert (65) said he had been approached by the team's coaches and the Otago Rugby Football Union about doing the job as manager for the Air New Zealand Cup season.

Paul McLaughlan, who has done the job for the past couple of years, was not able to continue because of work commitments with the police.

He would continue to do some of the organisational parts of the job, and was now operations manager for the team.

Gilbert said he had taken the job on only after McLaughlan said he could not fully commit to the position. He was really looking forward to the job, and to get involved in rugby again.

He said he would be doing no coaching at all and had his full faith in the Otago coaching team.

Otago is coached by Steve Martin with Bruce Carvell as his assistant. Dave Latta is a selector, and he also has commitments with Otago Country.

Gilbert had coached the Otago team to the national provincial championship title in 1998 and also coached the Highlanders for two years, before taking on the All Blacks assistant coaching job in 2000. He left the Otago union in 2006, when he resigned as director of rugby.

Gilbert lives in Alexandra but said he would be based in Dunedin for the duration of the Air New Zealand Cup season. It was a full-time position.

He would not be involved in team selection.

• Highlanders manager Greg O'Brien will be the manager of the Junior All Blacks, which play in the Pacific Nations Cup. O'Brien will manage the side in the four-week long tournament in Samoa and Fiji, starting June 12. It is a new role for O'Brien.