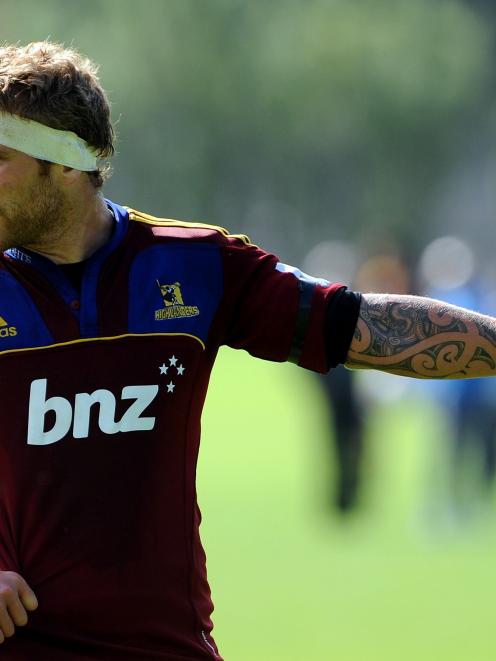 Hoeata played a full game for the Highlanders Development team in its Pacific Cup match against Tonga A at Logan Park.

The rugged All Black has spent more than three months on the sidelines since having surgery on a torn pectoral muscle.

His comeback was a predictably rusty mix of the good and the bad.

Hoeata took some good ball in the lineout, defended stoutly and added significant grunt to a dominant development scrum.

He also turned the ball over a couple of times and looked to be labouring slightly, perfectly understandable given his lack of rugby in the last few months.

Hoeata tweeted after the game that he was "happy enough" with his comeback game.

With Josh Bekhuis and, particularly, Nick Crosswell impressing in the second row for the Highlanders during their 4-0 start to the Super 15, there is no need to rush Hoeata back.

It seems possible he will play another game for the development side, against the Crusaders Knights in Timaru this weekend.

The mix of Highlanders, wider squad players and Otago representatives was eventually far too strong for the young Tongan side, winning 62-8 after leading 13-3 at halftime.

A moment's silence was observed before the match to mark the death of the Tongan king.