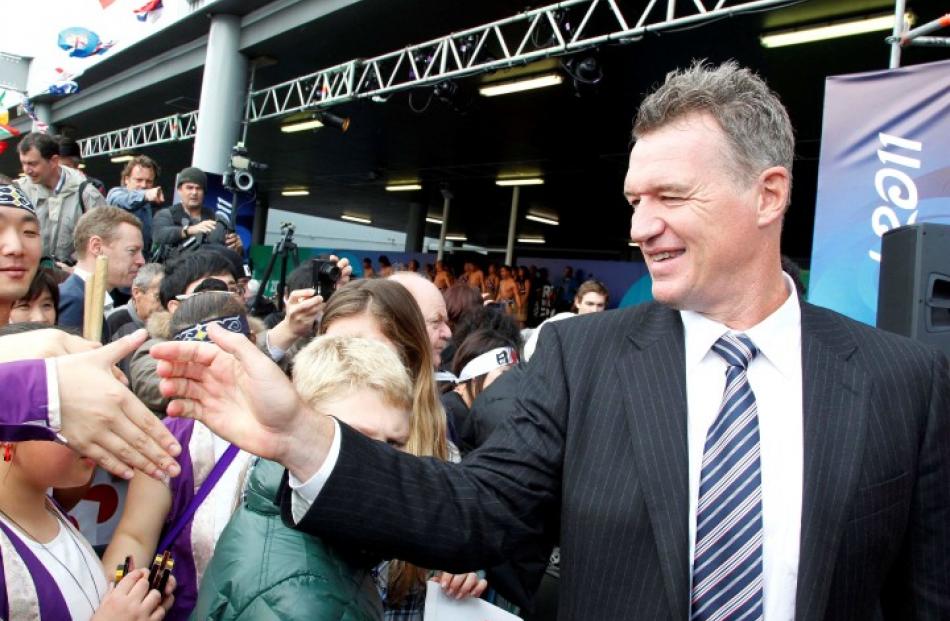 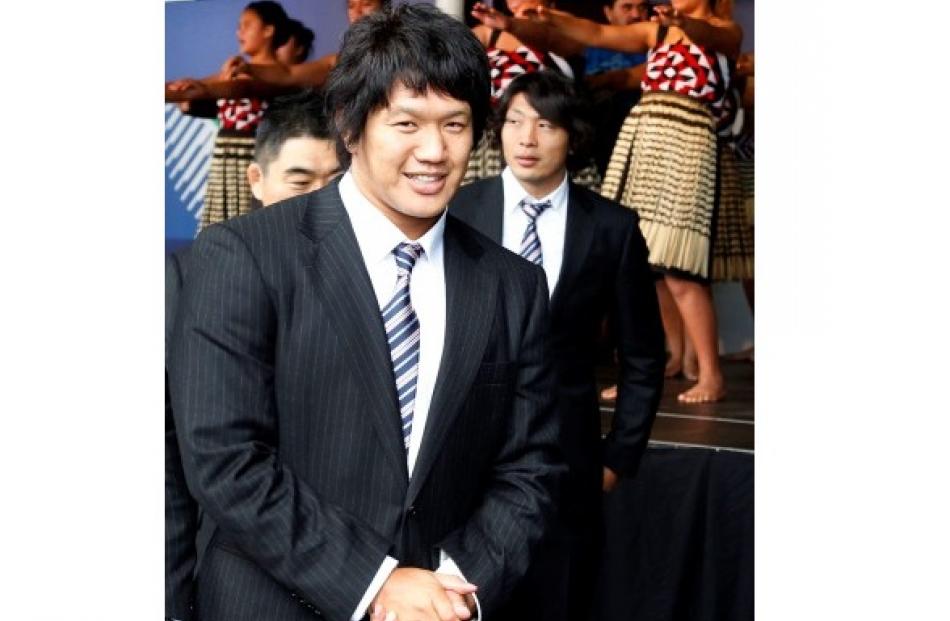 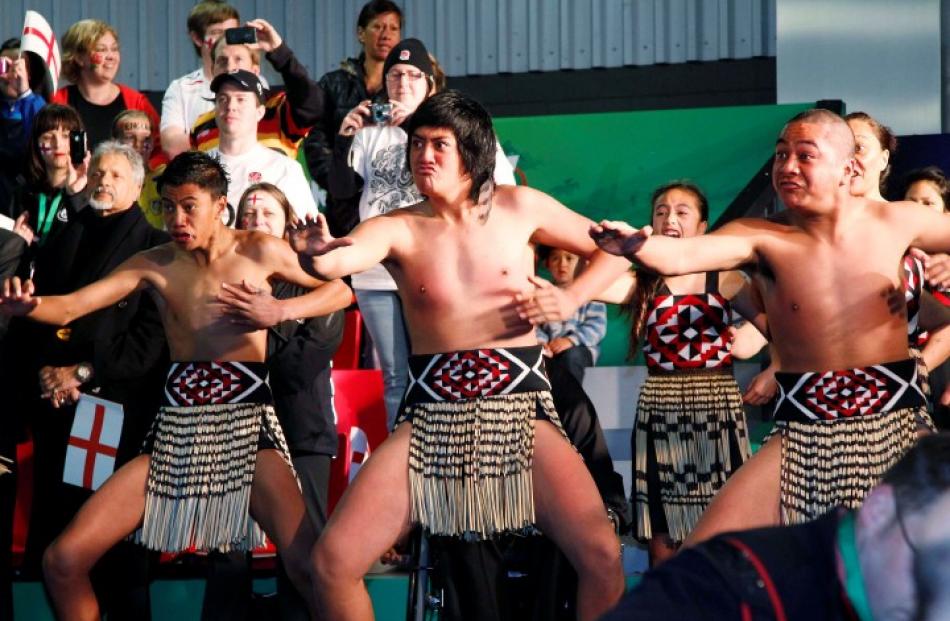 A Kapa haka group performs as England arrives at Auckland airport this morning. 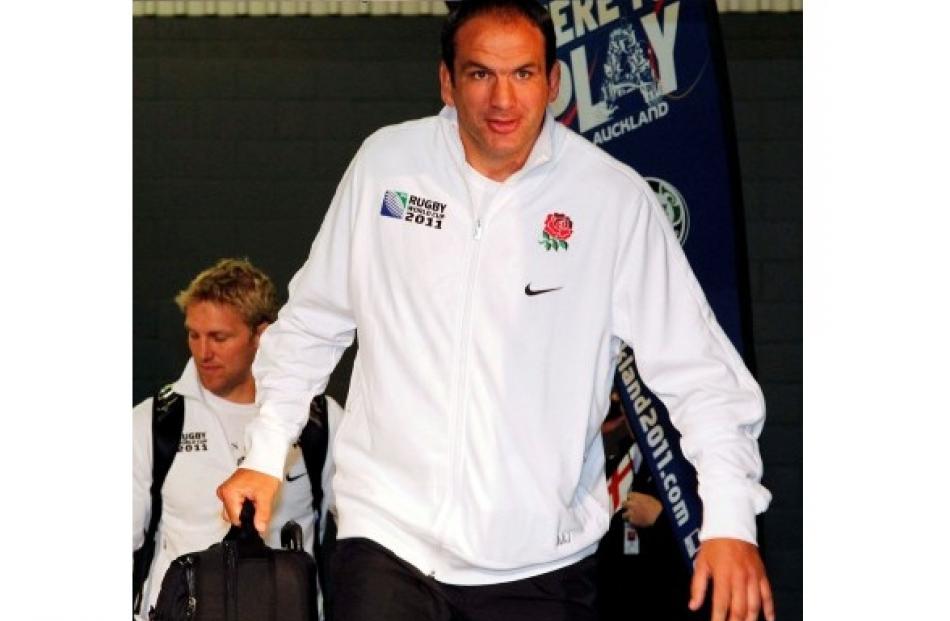 England coach Martin Johnson emerges into the arrivals area at the airport. 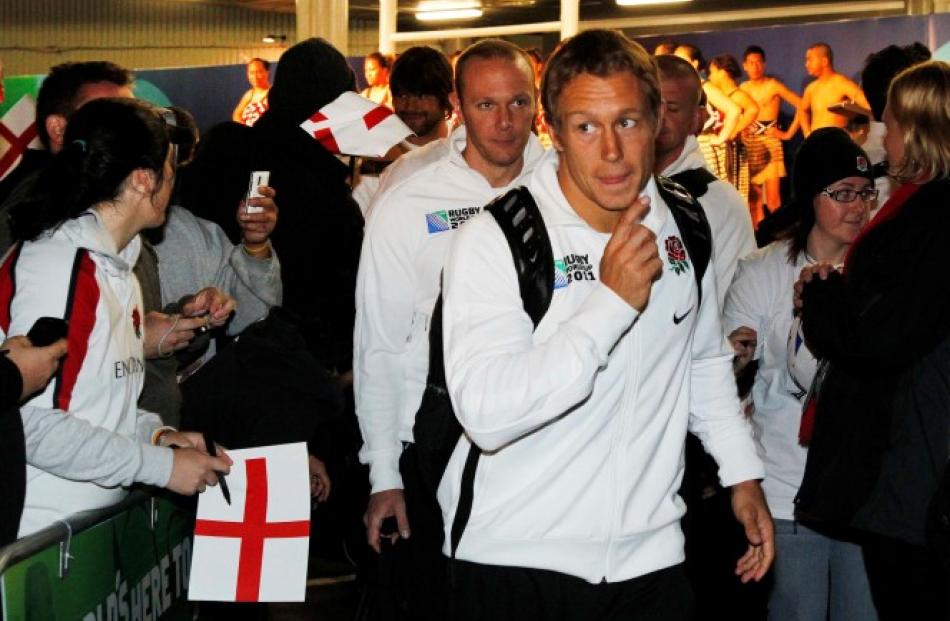 England's Jonny Wilkinson slips past fans at the airport.

The England and Japan rugby teams have arrived in Auckland this morning for the Rugby World Cup.

And if the reception for the English was anything to go by, many believe Martin Johnson's side can go all the way.

The English arrived shortly after 5am, and were welcomed by a haka and waiata, as well as rapturous applause - and of course a chorus of 'Swing low, sweet chariot' from their fans.

Aaron Homewood, 17, and sister Jenna, 14, were among those who woke up early to greet the team.

Aaron said it was "definitely" worth the early trip to Auckland Airport.

"I think they can win it. They've got a solid team," he said.

He believed first-five Jonny Wilkinson was the key if England were to repeat their 2003 success.

"I think they have a good chance of winning it - they're one of the top dogs."

Not all of those who welcomed the team were English, with many residents of Clevedon and Ponsonby also showing their support.

The two Auckland suburbs have adopted England as their "second team".

The Fiji team arrived in New Zealand on Monday.