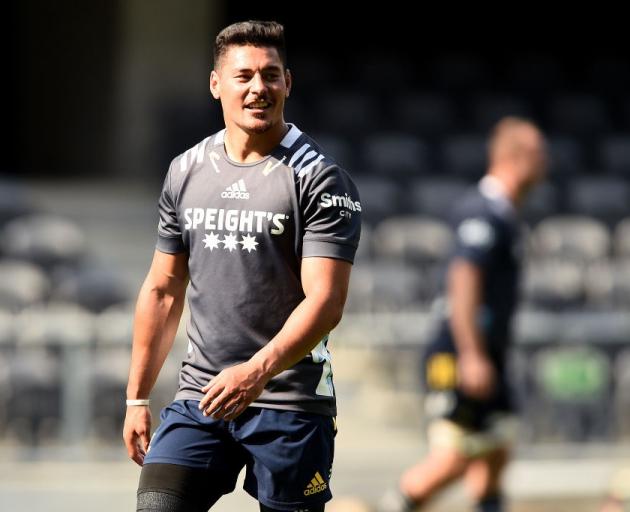 Sio Tomkinson will start for the Highlanders this weekend. Photo: Getty Images
Sio Tomkinson is the only player of the six dropped from last week which has worked his way back into this week's starting side.

Tomkinson will start at centre for the Highlanders on Saturday night against the Chiefs, replacing Michael Collins.

Josh Ioane, another one of the dirty half dozen, has been named on the bench.

Other changes are made in the front row and James Lentjes gets a start.

Scott Gregory plays in the midfield after a fine showing on the wing last week in the big win over the Crusaders.

That surprises me. I reckon Michael Collins has really found his true position at centre. Has been playing really well, steady and dedicated. Didn't deserve to be dropped