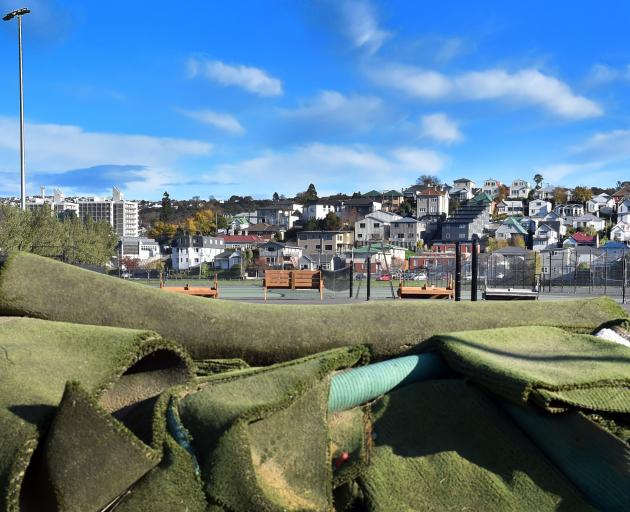 Some preparation work had started before lockdown but ceased under Covid-19 Alert Level 4.

Work on stage one involves the reconstruction of eight courts and the resurfacing of two, and new fencing, walkways and seating.

Some work will be delayed. The asphalting cannot take place until September or October, and the Plexipave top coat is planned for March 2021 as the asphalt takes several months to cure.

Stage one will cost about $800,000 and there is a shortfall of about $50,000 which still needed to be raised, redevelopment committee member Fraser Richardson said.

Tennis Otago stalwarts Hunter and Sarah Stevenson have been offered major naming rights, having given a significant sum towards the project.

“Our family has for a long time had considerable involvement in tennis at all levels,’’ the couple said in a statement.

‘‘We are very aware of the tireless effort by a small number of individuals over several years to try and make this project happen and we are eager to see the Logan Park plans come to fruition.

‘‘Other South Island cities have outstanding tennis complexes and Dunedin has very much been the poor relation for as long as we can remember.”

Richardson said once stage one was under way ‘‘there will be momentum to carry on and complete stage two’’.

That involves reconstructing the 10 remaining courts which could serve as a multisport area capable of hosting netball, junior hockey, futsal and other sports.

‘‘We envisage stage two commencing around the same time as stage one is completed.

‘‘Given the economic outlook and the likely loss of local construction work, we think this is the type of project that should attract public support.’’