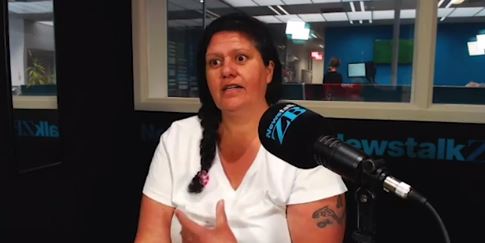 Dylan Hotter-Matehe accidentally died from using synthetic cannabis which he had taken to get high on March 8, 2018, Coroner A.J. Tutton has ruled.

The Christchurch man's death also served as a reminder of the need to get help immediately if a synthetic cannabis user collapses or becomes unresponsive, according to the findings released today.

He is one of several people who have died from the synthetic cannabinoid 5F-ADB since mid-2017.

Hotter-Matehe had only recommenced using synthetic cannabis two months earlier and on the night of his death had been smoking it, sharing a bong with a group of people at a friend's house.

One friend recalled him "zoning out" while leaning over and looking at the floor with his eyes open.

The friend then went upstairs to have a bong with someone else, leaving Hotter-Matehe and another friend, who was passed out on the couch.

When the friend woke up he saw Hotter-Matehe on his knees crouching on the floor frothing at the mouth and called to his mum to help.

Emergency services were called but Hotter-Matehe died at the scene.

Hotter-Matehe's mother, Rawinia Matehe, said her son had been using the drug for four years and it had got really bad. He had a break but started using it a few months before his death.

Following his death, Matehe told Newstalk ZB's Chris Lynch about the dangers of the drug and how it needed to be taken off the streets.

It had ruined her son's life and he went from a "fun-loving kid" and "doting brother" to someone who stole off neighbours and family and even left his young sister at home so he could get a hit, she said.

Angry about what it was doing to her son, Matehe said she even approached the dealers and told them to stop selling it to him, but no one listened because they were too high.

The drug had such a hold on her son he even told his mum that he did not care if it killed him.