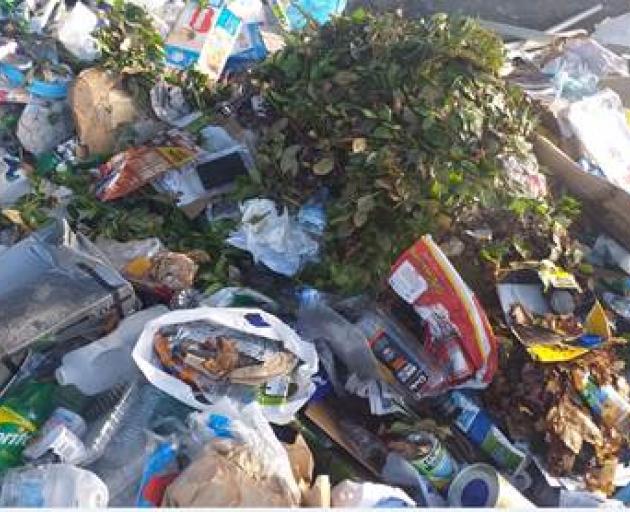 Recycling from Allenton north was 10 per cent contaminated.

Contractors are reporting food, nappies and garden rubbish as the main culprits contaminating recycling, but had also spotted items like corrugated iron and a vacuum cleaner.

Council’s service delivery group manager Neil McCann said kerbside recycling would not be sent for sorting in Christchurch until contamination came back to an acceptable level.

“We are aiming to get it under five per cent by volume. During level 4, it was close to 50 per cent in many areas.”

During Alert Level 4 lockdown, ratepayers were allowed to mix recyclables and waste, as all kerbside collections went straight to landfill. Under level 3, they were told to revert to pre-lockdown habits, separating recyclables, glass and waste for separate collection.

“We expect some lag from level 4 to carry on into the next fortnightly cycle,” McCann said.

Each load of rejected recycling costs about $1065 to send to landfill.

He said if recycling compliance did not improve in another two weeks, council would push an education campaign to ratepayers. Cameras on recycling trucks also gave the ability to track and deal with persistent offenders.

“We are hoping and trust that people will respond and get back to normal. Otherwise it will cost them.”

Ashburton’s glass is recycled in Auckland. Ashburton is the only council in Canterbury that collects glass separately and sends it north; that service continues.

McCann said there was an influx of green waste at the resource recovery park under level 3 restrictions, though this had since tailed off to normal levels.

“When averaged out across time from the start of the lockdown in March, the volumes are about normal for this time of year.”

He said council’s contractor EnviroWaste had done a great job of responding to the challenges of collecting the district’s rubbish during pandemic conditions.