The discovery comes as more royalty - Prince Charles and the Duchess of Cornwall - arrive in New Zealand for their six-day tour, which will include a visit to Christchurch. 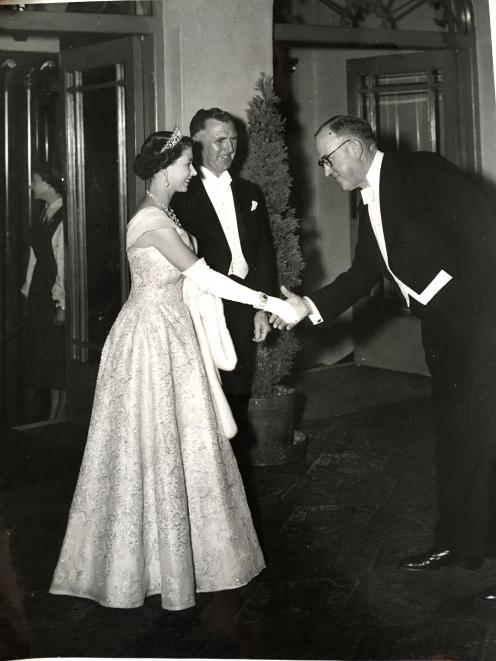 Mr Binsted, who died in 1975, left behind boxes and boxes of negatives, slides and photographs taken during his many years as a photographer. They number in the thousands.

Family members going through the collection, including daughter Jo Wickett, have been pleasantly surprised by the Queen Elizabeth photographs which were taken when she toured Christchurch.

Mrs Wickett says her parents, Una and Gordon, were married at a church in Haitaitai, Wellington in early January 1954 and the Queen's visit did cause her mother to get held up in traffic on the way to the church. But the collection of photographs of the Queen were taken in Christchurch as during Mr Binsted's time working for Christchurch photographers Green and Hahn in the 1950s.

Among the found collection Mr Binsted has photographs of the young Queen greeting guests during a formal state function. They have the Green and Hahn stamp on the back.

There are also others of the Queen and Prince Philip being escorted through a garden and greeted by hundreds of wellwishers during her visit.

While in Mid Canterbury she visited Winchmore Irrigation Research Station and Longbeach.

Mrs Wickett says photography played a bit part of her father's life and he was always taking photos around home of the family. Many a time he took a few snaps to finish a roll of film. He used 35mm and 120mm film.

While much of her dad's collection, including some of the Ashburton Domain, had already gone to the Ashburton Museum, family members were still sorting through the remainder following her mother's move to Millstream.