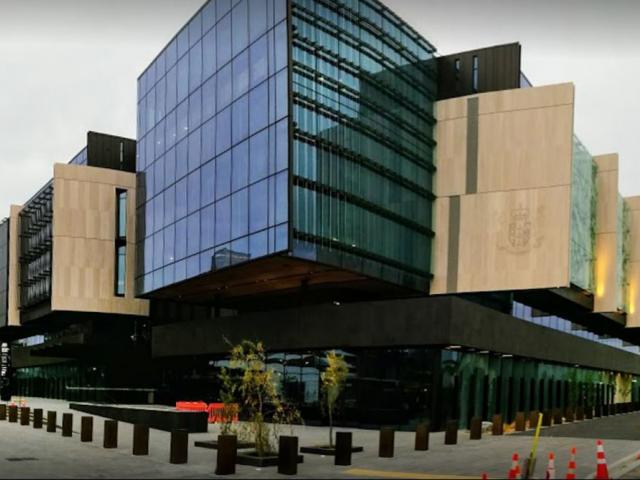 An inmate given court bail to attend a funeral went on the run and was found later with a military-style semi-automatic rifle.

Balclutha police would like to hear from anyone who may have witnessed an incident in the town on Wednesday, April 4.

Two Mazdas stolen by thieves in Dunedin over the weekend were left extensively damaged.
Two Christchurch men were caught allegedly with a baseball bat with a machete taped to the end when stopped by police in Cromwell. Peter Laurence Burridge (21) and Marcus Raymond Boyd (29) also allegedly had two imitation Glock pistols.

Convicted killer Paul David Bailey will spend at least two more years in prison.
Mark Lundy's sister is ''very hopeful'' the Privy Council will quash her brother's murder convictions and order a new trial - while her husband has revealed their anger over how police failed to disclose a document which was important to his defence.

Police credit a greater emphasis on preventing crimefor the fourth consecutive decrease in crime in the Southern district.
A Queenstown man accused of kicking an Australian man in the head in the resort two weeks ago was convicted yesterday and will be sentenced next month.

Police have recovered a large cache of stolen goods, after arresting two groups of youths who have have been targeting dozens of vehicles in the greater St Clair area.

A Dunedin woman who fell in love with an unknown man on the internet had been "scammed", but that was no excuse, Judge Dominic Flatley said when sentencing her for stealing $7136 from her employer.

New Zealand's crime rate has dropped to an all-time low and the South is leading the way, latest figures reveal.

A man who assaulted a woman with intent to rape her at Jubilee Park told police he did it because he could not get a "missus".

A 22-year-old Dunedin man was yesterday sent to prison for four years and five months for what a judge described as "vile and reprehensible" sexual crimes against young girls.
Local residents have helped police arrest two teenagers, following the "cowardly" robbery of a 98-year-old woman in Morrinsville yesterday.

Police are putting a spate of unusual thefts - including that of a large Winnie the Pooh costume - in Hamilton overnight down to a drunken crime spree.
"It is only through victims speaking out that people like you are stopped in their tracks," Judge Stephen Coyle said, sentencing a 57-year-old man who, through Facebook, made an indecent suggestion to a young teenage girl he knew.
Oamaru police were kept busy dealing with a spate of drunken rowdiness over the weekend. On Saturday, a truck driver was allegedly assaulted after a fight spilled out on to the road. Sergeant Blair Wilkinson said two men had been fighting at 2am on Thames St in north Oamaru, but seven people had been involved in the scuffle.
Auckland police were kept busy this morning with three robberies in 11 minutes.
A 25-year-old unemployed man was remanded in custody until today to face three charges relating to a domestic-related standoff with armed police at a Northeast Valley house on Friday night.