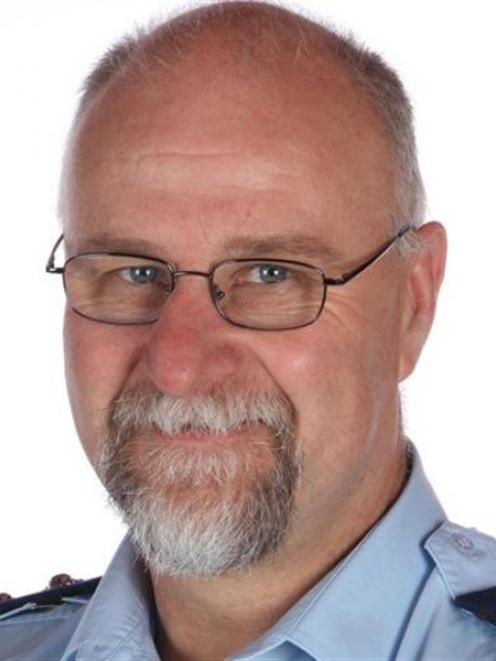 The 2012 statistics, released yesterday, show a 7.2% decrease in reported crime in the Dunedin Clutha region compared with 2011.

In the Otago rural region, which includes Queenstown Lakes, Central Otago and Waitaki, the decrease is 2.4%. Insp Sparrow said the 9456 offences in 2012 were 732 fewer than the previous year. The region's resolution rate, the proportion of recorded offences resolved, had increased from 50.2% in 2011 to 52.9% last year. The strategic focus on prevention tasks, such as deploying high visibility patrols at risk times and locations was reaping rewards, he said.

Police had been targeting burglary by focusing on ''hot'' locations and offenders.

A North Dunedin burglary strategy was implemented, including a crime prevention initiative with the student community, Insp Sparrow said.

''These initiatives have included door-knocking flats to talk with students about home security and encouraging them to participate in programmes such as the Snap programme, where people register the serial numbers or identifying features of key belongings on an online database.''

Offences called acts intended to cause injury - a category which included assaults, but not sexual assaults - decreased by 6.3%, or 75 fewer victims.

Most of those offences were alcohol-fuelled and police were continuing to take a low-tolerance approach to alcohol-related offending, Insp Sparrow said.

Reported property damage in the region had decreased by 7.4%, or 160 offences.

Burglary and related dishonesty offending decreased 11.9%, from 345 to 304. Property damage was down 6.6% and acts intended to cause injury down 3.4%.

Acting Southern District Commander, Acting Superintendent Lane Todd, said total crime across the southern district was down 5.2%, from 22,964 offences to 21,761 offences in 2012.

Nationally, there were falls in burglary, serious assaults, robbery and vehicle theft numbers. But there was a nearly 40% rise in drug dealing offences and a small increase in reported sexual assaults.

The number of murders rose by three to 42, of which 19 were related to family violence.

Canterbury bucked the trend with a 5.6% increase in reported offence numbers. The increase was attributed to particularly low crime levels in 2011 after the Christchurch earthquakes.