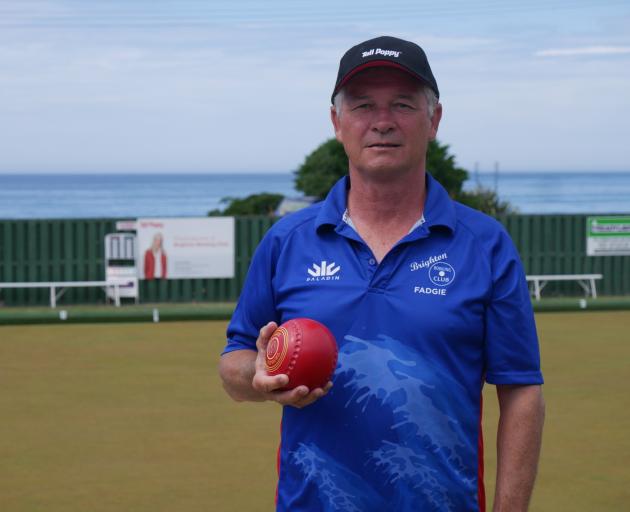 The club, directly across from the beach in Brighton Rd, has doubled its membership in recent years and last year was named Dunedin’s Club of the Year.

Club president Keith McFadyen called it the "best little club in New Zealand with the best view in the world".

Membership had grown from about 23 playing members to 45, plus an additional 35 social members, McFayden said.

As well as improving its facilities, the club had a few community days to encourage new people to give the sport a go.

"It is one of those sports that once you try it, you get hooked on it.

"We provide all the gear that people need to get started."

A game usually lasted about two hours, which people seemed to like, he said.

"Part of the aim is to build for the future."

Club members were leading some local competitions and performing well on the regional stage, McFayden said.

Mitch and Cam Cook finished second in the South Island development pairs tournament in October, and four members competed in the national event earlier this month.

"We have to be competitive."

The club had recently secured a new sponsor — Leona Munro from Tall Poppy Real Estate, who had contributed funds towards new players’ uniforms.

A launch event was held last Friday evening, which members spent time getting the club ready for.

It was incredible to see them taking care of the club and supporting it, McFadyen said.

Ms Munro shared many of the same values and visions as the club, so the partnership made sense, he said.

Both wanted to grow and service the small Brighton community.

Many of the club members were locals.

"We want to provide a competitive, safe environment for them to play."