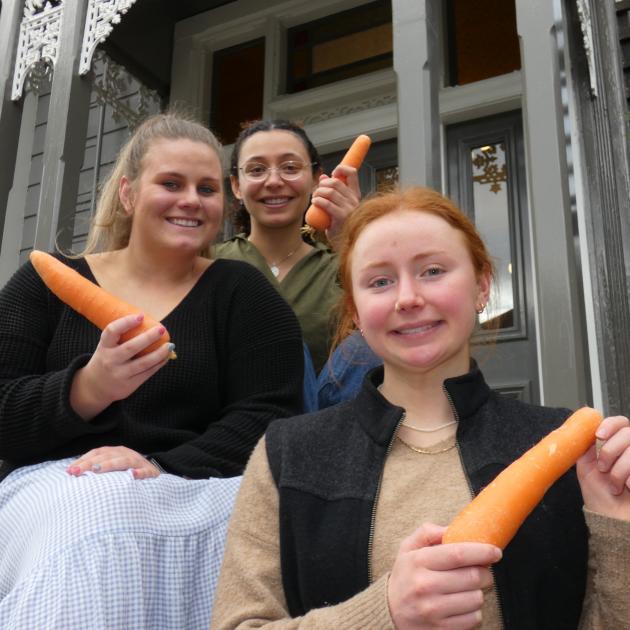 The trio put their heads together and came up with a tasty solution by using "class 2" carrots deemed not suitable for export or supermarkets.

These could be oddly shaped or oversized vegetables which were otherwise perfectly fine to eat.

"We were trying to figure out why these were not good enough."

The carrots were mixed with a secret list of ingredients to create a crispy carrot snack.

The market for snacks in the country was more than $900million, she said.

Miss Goodisson said research they conducted showed people would be most interested in a snack based on kumara, and their second preference was carrots.

The market for kumara was already quite full, so they focused their attention on carrots.

This would be part of the marketing as well, giving customers transparency when it came to where all the ingredients originated.

The were now experimenting with the type of packaging they would use, as well as the expected shelf life of the product, Miss Goodisson said.

By the end of the year they hoped to have a product that was tasty, healthy and locally made.