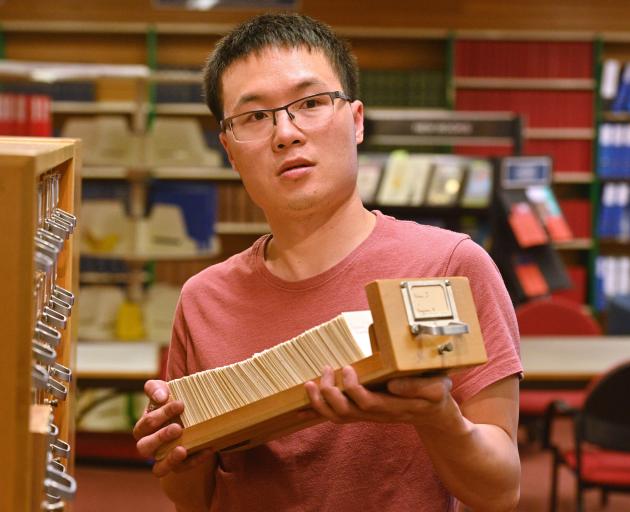 Peter Lim has been awarded the 2020 Dunedin Public Libraries Citation, recognising his efforts since 2015 as a digital volunteer helping transcribe the library's collection of old newspaper index cards. PHOTO: LINDA ROBERTSON
A mammoth effort to transcribe newspaper index cards – as part of a project to digitise more than a century’s worth of the documents – has earned Dunedin man Peter Lim a special honour.

Last week, Mr Lim was awarded the 2020 Dunedin Public Libraries Citation, which recognised his efforts since 2015 as a digital volunteer helping to transcribe the library’s collection of old newspaper index cards.

Converting the documents to digital versions allows online access by researchers, who previously would have to visit the City Library’s Heritage Collections to view them.

The library has more than 190,000 cards covering newspapers from 1851 to 1993, including obituaries, biographical information and topics of local and regional interest, and Mr Lim has individually transcribed over 87,000 of them — representing 45% of the total.

The citation noted Mr Lim’s outstanding dedication , along with the accuracy and persistence of his work.

The Dunedin Public Libraries Citation is awarded each year to a local resident who has made a long and outstanding contribution to the libraries’ collections, services or programmes.

Library Services manager Bernie Hawke said Mr Lim had dedicated "countless hours to enhancing access to the newspaper index, with current and future generations to benefit from his wonderful contribution".

At the event, she thanked volunteers and others who had helped the libraries during the year.