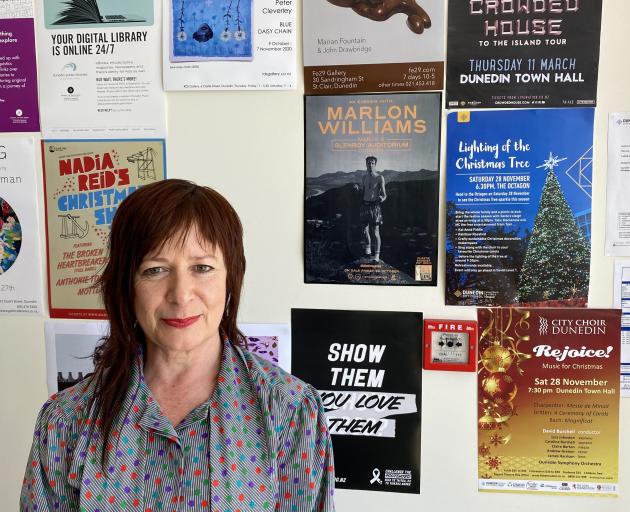 In March and April, the city will play host to dozens of performances, shows and events in the Dunedin Fringe Festival, Wild Dunedin, Dunedin Arts Festival, and the Dunedin Writers & Readers Festival.

Dunedin’s return to being "festival city" after an extraordinarily tough year for the arts is a relief and a joy for Dunedin City Council Ara Toi arts strategy relationships adviser Cara Paterson.

"There are going to be amazing opportunities to see work early in the New Year, and it has been great to see projects like the Ross Creek stars coming to fruition," Ms Paterson said.

"It was a beautiful project that moved a little more slowly due to Covid-19 — it involved a lovely mutual effort for the water and engineering team."

Ms Paterson has been impressed at the extraordinary resilience and determination of the arts community in Dunedin this year, but is also very aware that there is "an edge to it".

Dunedin City Council had put significant effort into being flexible and agile as a funder, and able to support change, she said.

"We have done a lot of work to try and help connect people to venues, and have also been learning how the new funding from the government will be rolled out."

There had been a lot of changes from Creative New Zealand funding in regard to how arts organisations would gain access to funding in the next year.

The Capability Fund, which opens this month, makes available $12million in contestable funding over two years.

The first round of applications will be from cultural sector leadership organisations to deliver projects that build the capability of the sector.

Creative New Zealand had also added a boost to the DCC’s Creative Communities fund of $20,000, and would be launching a new Territorial Local Authority-based fund next year.

"It is a lot of change for arts organisations to deal with, and in the meantime we have been so lucky that people have been able to adapt and have been excited about presenting new work," Ms Paterson said.

"Even in such unprecedented times, they have just been getting on with it — it has been great to see."

Council Community Services general manager Simon Pickford said the report was not yet able to be made public.

Public consultation on options for a performing arts venue would be part of the 10-year plan process early next year, he said.