'Absolutely gorgeous' and on guard in Outram 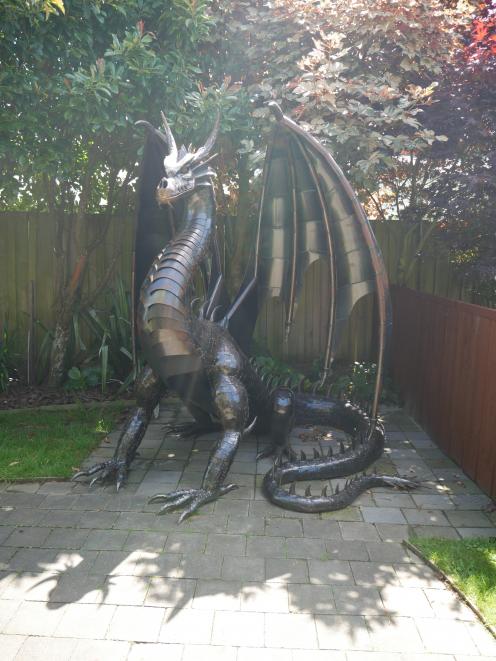 The dragon created by steel sculptor Bryce Neaves for Outram couple Kerry Smith and Pene Ngatai. PHOTO: JESSICA WILSON
Many people have a guard dog outside their home, but an Outram couple has gone one step further.

Kerry Smith and Pene Ngatai commissioned steel sculptor Bryce Neaves, of Dunedin, to create a giant dragon for their garden after seeing some of his work at the Taieri Wings and Wheels last year.

"We thought we’d be cheeky and ask ‘what about a dragon?'" Ms Smith said.

So, with just a picture to guide him, Mr Neaves spent more than 1000 hours constructing the piece.

He started with a skeleton rod made from stainless steel and refined the design as he went.

The dragon is made from recycled steel, as well as some new sheets.

He cut the steel into thousands of patches, beat them into shape, and welded them on.

It was the first time Mr Neaves had created something to this scale.

"This is the real deal."

He consulted with Ms Smith and Mr Ngatai on design elements as he went, such as the chest piece and the mouth, as they wanted it to be gothic-looking.

They opted to have the mouth closed so it did not look as fierce, but rather benign and watchful.

The dragon weighs just under one tonne, so moving it required a crane and truck. 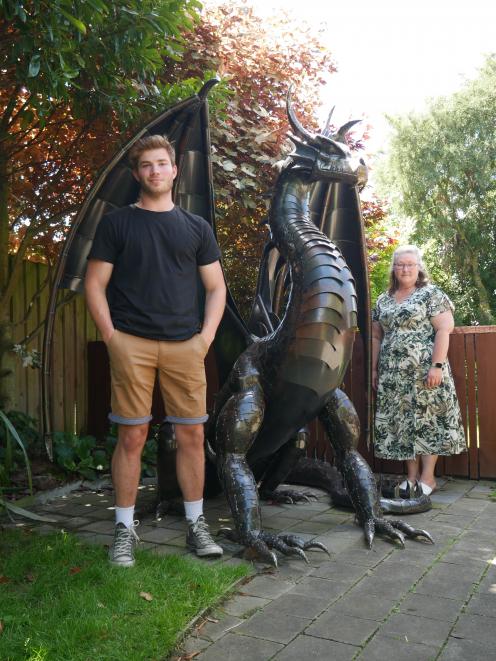 Mr Neaves built it in his parents’ garage and because it was so tall, one of the walls had to be removed to get it out.

Ms Smith was speechless when she saw the finished $34,000 piece.

"It’s hard to put into words because it’s so incredible.

"The amount of work, research and the whole design and engineering of it is absolutely fascinating.