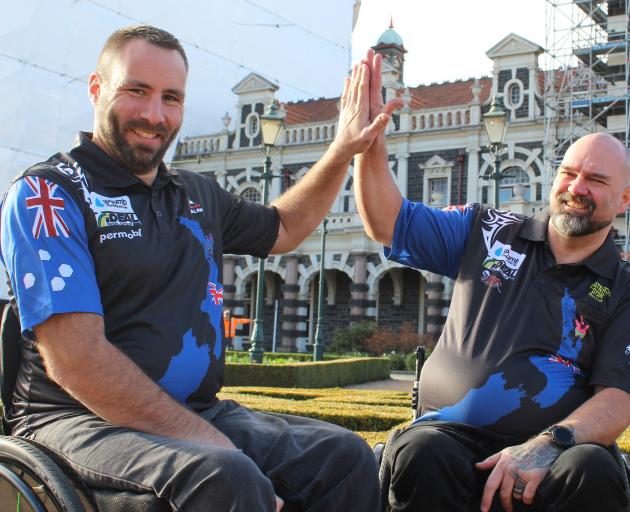 He and fellow Dunedin player Patrick Morrison are travelling to Oostende, Belgium next week for he inaugural World ParaDarts Winmau World Trophy.

Gillan is looking forward to travelling to Europe to compete, his first trip since the Covid-19 pandemic lockdown.

This will be an opportunity to get back on the world ranking lists, Gillan said.

"We kind of drifted off the ranking lists just with the Europeans carrying on with their darts."

While Gillan and Morrison had not been able to travel, they had been taking part in online competitions over the last two years.

At their best, Gillan gained a world ranking of eight and Morrison a ranking of nine in the World ParaDarts Online Masters.

They will now be concentrating on getting back to the top of their game at the world trophy.

The one to beat would be world No 1 Vincent D’hondt, of Belgium, Gillan said.

Gillan was modest about where they would end up in the rankings.

Gillan and Morrison will
be playing as a pair as well as in singles, and as part of a "rest of the world" team of four.

Gillan wanted to thank all the sponsors who enabled the trip to take place.

World ParaDarts is a new organisation launched in 2020 and the world trophy was originally scheduled for November last year, but due to the Covid-19 pandemic it was rescheduled to May this year.

World ParaDarts chairwoman Sarah Smale said the organisation had had to innovate because of the pandemic.

"We’ve staged online tournaments as well as international friendlies, which have been amazingly successful and ensure that our members continue to participate and promote disability darts around the world."

The World ParaDarts Winmau World Trophy would bring disability players from different countries back together and continue the growth of the sport, she said.