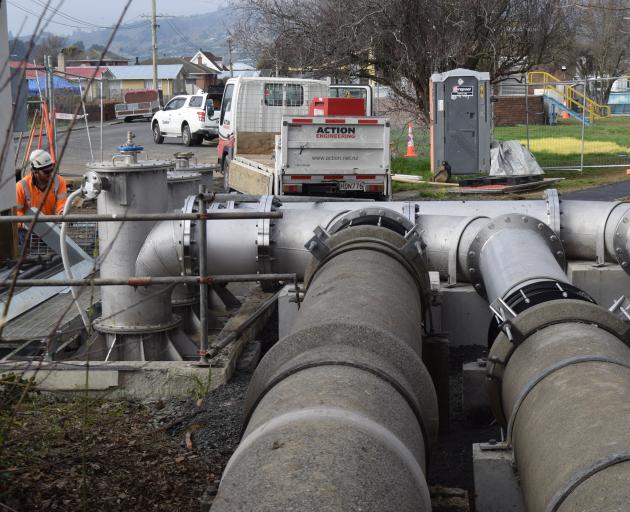 The Dunedin City Council launched the project in 2017 after the stations in Reid Ave and Carlyle Rd were unable to handle the more than 120mm of rain that fell in a 24-hour period.

The stormwater entered the wastewater network instead of draining into the Silver Stream.

Since then, that has risen to $8.75million for one pump station.

Speaking at the latest Mosgiel-Taieri Community Board meeting, council 3 Waters manager Tom Dyer said due to escalating costs, the council would take a wider look at the network.

Staff will review whether the approach is the most sensible and cost-effective solution, Mr Dyer said.

"What we can be sure of is this is a delay, not a pulling of the project.

"We’re not sitting in the same position we were in 2017, we’re already ahead incrementally."

In the meantime, there were some immediate improvements that would be made to alleviate flooding risks while reviewing the longer-term options.

That included replacing pumps at the Carlyle Rd station and improving the intake structure in Memorial Park.

Council 3 Waters contract delivery manager Chris Jones said there was some confusion as to why the pumps were being replaced, rather than the station upgraded.

The pumps were "reasonably high risk" and there were concerns about their resilience and performance during a weather event, he said.

The short-term solution was to replace them with more efficient, reliable pumps "so we had confidence in their performance in a weather event".

That work is expected to be completed later this month.

Construction on the Memorial Park intake - to improve water flow and blockage resistance - was expected to start this summer.

A detailed assessment of the Reid Ave station will be carried out over the next year to identify the need for further upgrades.