Dismay over plants pulled up by vandals 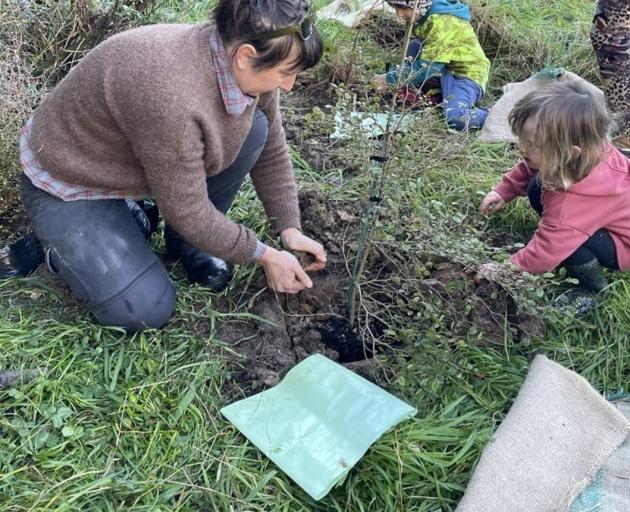 Alice Raffils is helped by her son Rupert King-Raffils (5, centre) and daughter Lulu King-Raffils (3) as she plants indigenous species at the former quarry at Second Beach, St Clair. PHOTO: SUPPLIED
Volunteers at a community planting day are disappointed by the actions of vandals.

Convener Steve King said about 120 indigenous trees and shrubs were planted at the former quarry at Second Beach.

However, when he visited the site late in the afternoon on Sunday he was disappointed to see about nine plants had been pulled out and thrown around, Mr King said.

"There was no indication who did it." 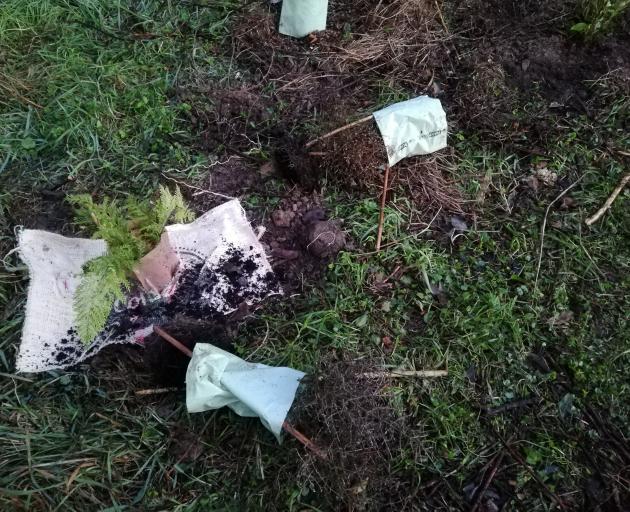 Whakahekerau — Second Beach ecology action group convener Steve King is disappointed vandals pulled up native species just hours after they were planted.PHOTO: SUPPLIED
He tried to find the indigenous species to replant them, but he was not totally sure he had got them all — "there were possibly more that were pulled out".

The volunteer group was formed online during the Covid-19 lockdown last year and had an agreement with the Dunedin City Council to provide weeding, planting and pest control at the site, he said.

The council provided the plants, which were sourced from specialist native plant growers Ribbonwood Nurseries.

The former quarry was being regenerated with plants suitable for the area and about 20 volunteers took time out to weed and place the plants last weekend.

"We wanted to add to the diversity to attract more native birds."

Also helping bring back birdlife was a programme of trapping pests being undertaken by the group, Mr King said.

At his last count about 21 possums and three rats had been captured.