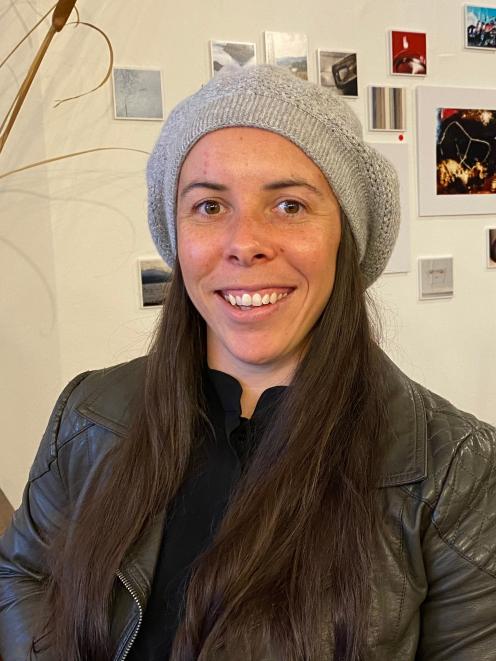 Larna McCarthy. PHOTO: BRENDA HARWOOD
After months of hold-ups, the Greater Green Island Community Network is finally able to head out into the community to capture local voices.

Community worker Larna McCarthy said the network had planned to repeat the successful 2016 "baseline action research survey" of 1200 residents earlier this year, but Covid-19 had interfered.

The 2016 survey was used to lobby councils for road safety improvements, community facilities, and beautification projects, and it was hoped a 2020 follow-up survey would bring new ideas for projects to the fore, Ms McCarthy said.

"We managed to put out the survey online in early April, but couldn’t knock on doors to distribute hard-copies at that time.

"However, now we can get out into the community and capture more of those local voices," she said.

Close to 300 responses have been received to the online survey so far, with road safety remaining a major theme for local residents.

Along with calls for a Burnside underpass, residents out walking during Covid-19 Alert Levels 4 and 3 had noticed the state of the footpaths and were keen for something to be done about them.

"Beautification has come up again as well — people are highlighting gardens and murals."

There had been many positive comments about the Green Island playground, although local families were keen to raise the need for gathering spaces for teenagers as well.

Ms McCarthy said work on the survey would continue during the next couple of months, and would hopefully be finished and collated by the end of the year.

The network will host its fourth Greater Green Island Get Together on Saturday, November 21, from noon to 3pm, at the Dunedin City Baptist Church complex in Concord.

Ms McCarthy said the giant community event would give education providers, clubs, groups, health and social providers the chance to have a stall and provide free activities on the day.

There is room for up to 40 organisations, and groups are asked to register by October 30.