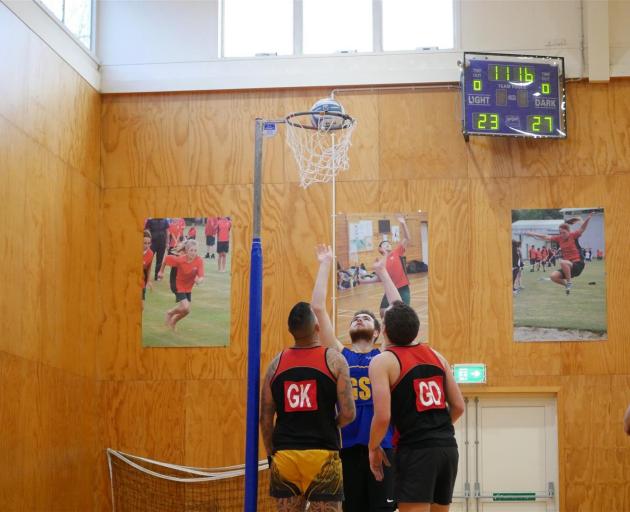 The Dunedin men’s team will compete in the South Island championship in Christchurch, starting tomorrow.

The tournament filled a gap left by the cancellation of the national championship, in which the team won the B-grade last year.

It allowed the team to be involved in an inter-regional competition, while factoring in the reality of Covid-19, with its travel and financial implications.

Sanders said the team trained together twice a week for the past month, building skills gained from the club competition and growing combinations between players.

"We’ve got a number of players who are new-ish to men’s netball ... and we’ve got a few seasoned campaigners who have been around for about a decade or more in the men’s netball scene," he said.

The team is coached by John Mathias and Richard Jocelyn.

While Canterbury looked to be the toughest opponent, Sanders hoped the playing field would be more even this year, as the region was entering five club teams.

"There will be strength obviously within those club sides but we also know that they’ll have some lesser experienced players as well."

The battle between Dunedin and Nelson was always a tight one.

"We’ve been at a similar level for a number of years now when we’ve come up against one another at nationals, so we know that there will be some really good competition.

"We’re hoping to be really successful."

The tournament will wrap up the season for men’s players.

Previously, Markham’s College was the only club to field men’s teams but this year the South Pacific Titans also got involved.

Sanders said it was great to have two clubs and introduce a group of new players to the league.

"It was really good get new people into the sport and we know that’s just going to build from strength to strength as we move forward into next year and beyond."

Also a positive for the sport was the announcement of the second Cadbury Series.

The televised series showcases the New Zealand men’s team against the Silver Ferns, the NZ A side and the under-21 team.

Men’s netball teams were often the "silent training partner" for women’s teams, like the Silver Ferns or ANZ Premiership teams.

"So, it’s really great to see that skill level and quality celebrated in a public forum and hopefully that will continue to generate interest [in the sport]," Sanders said.