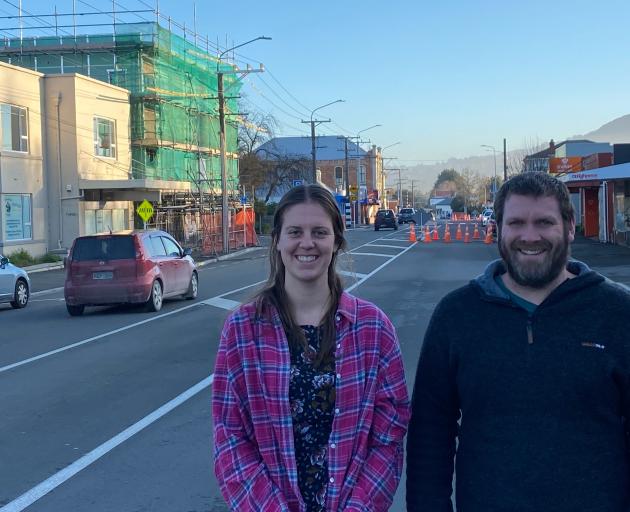 As a follow-up to a successful community survey in 2016, which began the work that fed into the installation of roundabouts and a community playground in the area, the network launched a new survey in late 2020.

GGICN community workers Ben McKenzie and Alana Goldsack said the Covid-19 pandemic had delayed work on analysing the results from 409 survey respondents, but that the survey had still been a useful exercise.

"Our aim with the survey was to give the community a voice, to find out what their wishes are for their community, and to see what has changed since the last survey — especially as we are in a different world now," Mr McKenzie said.

The delay had allowed the network to include information about the impact of the Covid-19 pandemic as well.

Survey respondents were overwhelmingly positive about the Greater Green Island community, with 95% saying they loved living in the area and 84% feeling a strong sense of belonging.

Areas of concern included a lack of access to services, such as banking, fast food, and government services, and the ongoing issue of road safety, speed on roads and around schools, and the need for footpath upgrades and beautification.

There were 14 intersections, or roads, which raised safety concerns.

Ms Goldsack said residents would really like more events so they could reconnect with neighbours and the wider community again after two years of cancellations.

"There is a real desire for increased connection in the community, and also for people to have a say in what is happening.

"So, we are keen to find better, creative ways to connect and communicate," she said.

Mr McKenzie said Green Island businesses were affected by roadworks on the main street which was affecting residents who relied on them.

"Personally, once the roadworks are finished, I think many people will be happy with the results," he said.

The results of the survey were now helping to inform their plans for future work in the area, including local community events, road safety, supporting active modes of transport, the beautification of the area, and ongoing work on the Green Island Memorial Gardens.

"We are looking forward to moving into the second half of the year, and the continuing return to normality," he said.