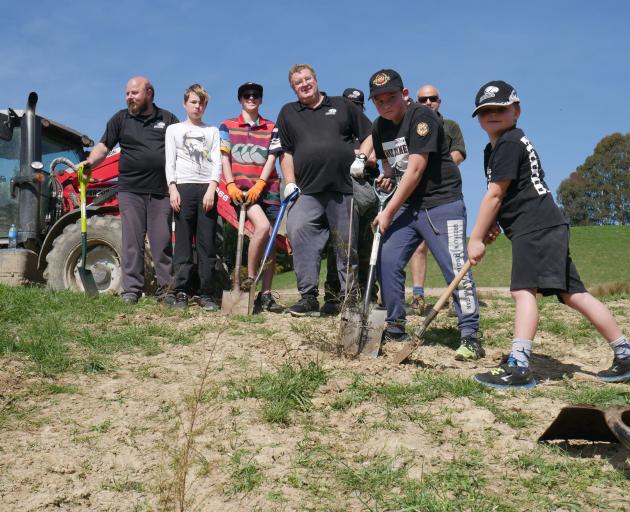 On Saturday about 30 people from local groups planted about 700 New Zealand native plants on AgResearch’s Invermay land as part of the Silverstream Planting project.

Members of The Rotary Club of Mosgiel, Mosgiel District Lions, and Boys’ Brigade chipped in. 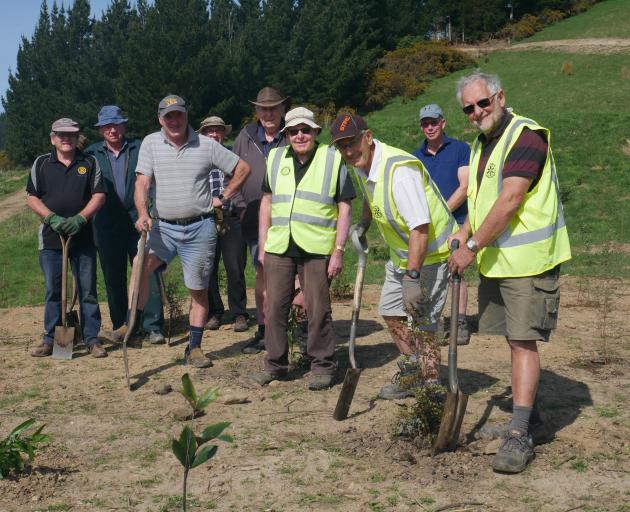 Rotary Club of Mosgiel members take a break after planting trees at AgResearch on Saturday.
The plants were laid out on Friday, ready for the volunteers the next morning.

Boys’ Brigade leader in charge Warwick Tomlinson said the boys were happy to be collaborating with other groups to work on community projects.

‘‘It’s good for these guys to get out and do a bit of work,’’ Mr Tomlinson said.

The group planned to use the track and surrounding areas, so it would bring the boys a sense of pride in future years to see what they had helped create, he said.

Kevin Knowler, of AgResearch, was thrilled to have the support of the community groups.

The aim was to tidy the area and make it a focal point for the community.

The Rotary Club also planned to get some picnic tables.