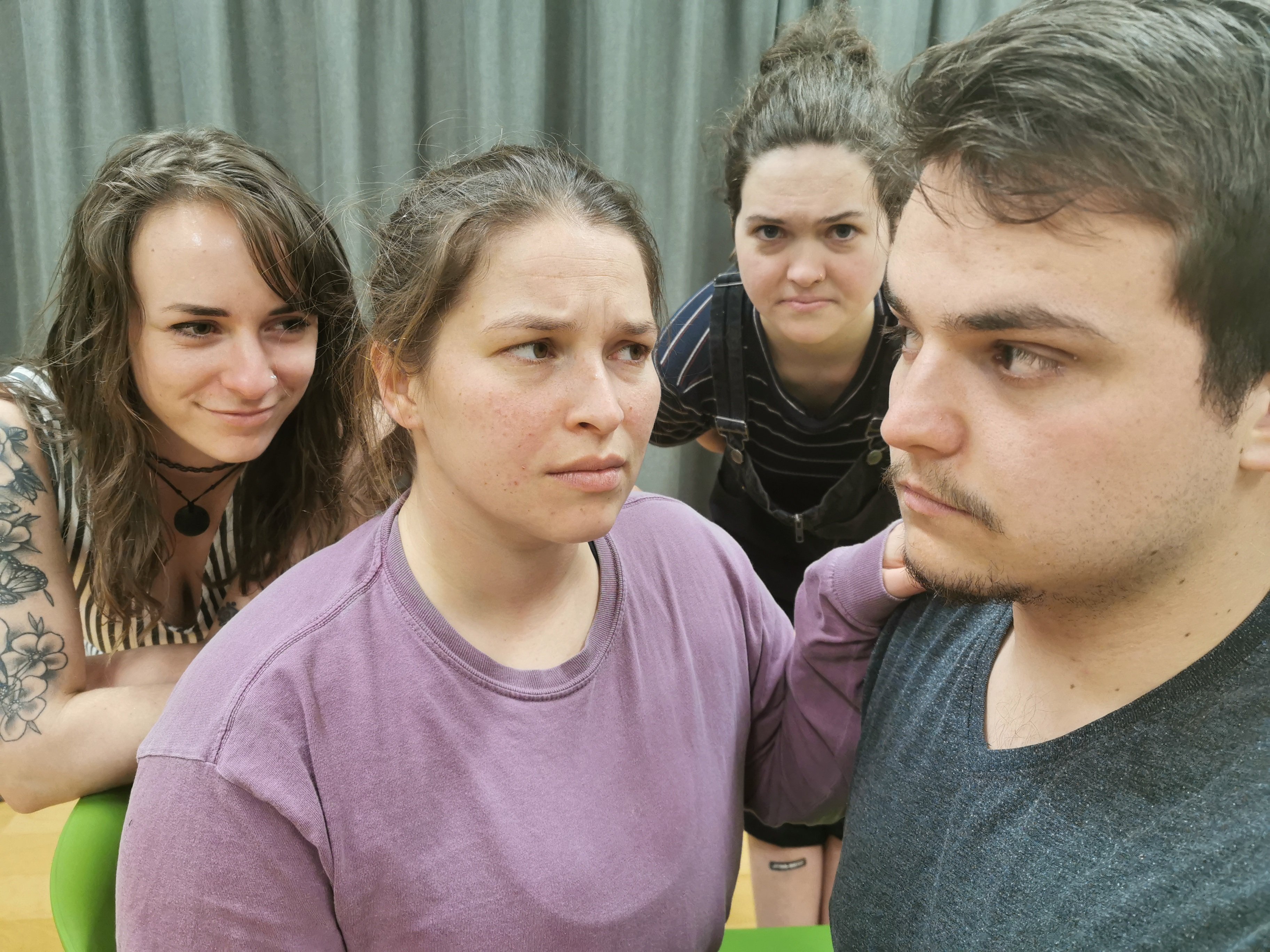 Rehearsing for Jean Paul Sartre’s vision of Hell, No Exit, for Arcade Theatre Company are (from left) Katherine Kennedy, Marea Colombo, Shannon McCabe and Isaac Martyn. PHOTO: SUPPLIED
After a year heavily impacted by Covid-19, the team behind Arcade Theatre Company’s production of Jean Paul Sartre’s pitch-black comedy No Exit are thrilled to be bringing the play to the stage at last.

With two runs of the company’s first 2020 show, DayBoy, cancelled due to the pandemic and the initial run of No Exit having to be postponed, it has been a challenging year for Arcade.

Director Shaun Swain, who returned to Dunedin early this year after completing The Director’s Program in Auckland in 2019, said working on No Exit was a boost.

"Having done The Director’s Program, I was working on launching a freelance career - including work in Auckland and Melbourne - so it was tough when this year came crumbling down," Swain said.

"Being here in Dunedin, it was great to have a project to be invested in."

The cast, which comprised Katherine Kennedy, Marea Colombo, Shannon McCabe and Isaac Martyn, had worked very hard and had adapted well to the postponement, he said. Unfortunately, one cast member had had to be replaced, due to the delay and a subsequent loss of a family member, but the devotion of the performers and production team had been unwavering.

"They have done incredibly well not to get bogged down - No Exit was written and originally performed as a farce, so it was important to get back to that," Swain said.

"This play is a tough nut to crack - it’s a wordy celebration of theatre, which they have handled with aplomb."

Written in 1944, Sartre’s No Exit is a pitch-black existentialist comedy set in a single room, more specifically, Hell.

Three complete strangers are left alone with each other, with seemingly no reason why they ended up in Hell.

There is no link between them, no mirrors, no windows, no means of turning the lights off and No Exit.

Swain said being able to bring such an "amazing and thought-provoking" play to the stage, in the wake of successful NBC comedy The Good Place was exciting.

"In today’s increasingly fractured political world, this black comedy comments on how we treat each other, create divisions and cause unnecessary suffering and duress," Swain said.

No Exit will open on Monday for six performances at the Mary Hopewell Theatre at the University of Otago College of Education. 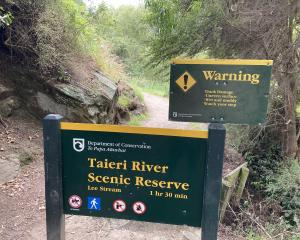 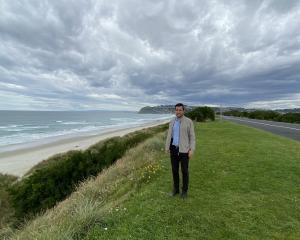