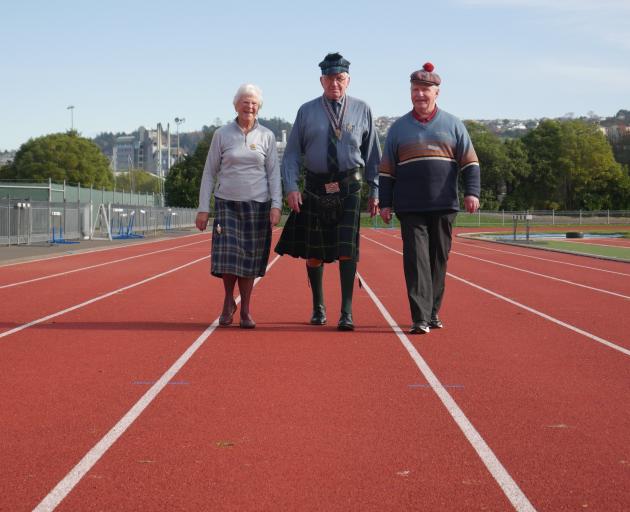 But, instead of disappearing completely, the society will divide its assets so its name lives on.

"It’s just come to the stage where we can’t run it any longer as a single entity."

Formed in August 1862, it was the first Scottish society in the country and aimed to promote benevolence, national literature, customs and accomplishments.

Now, 158 years later, its ageing and declining membership has made it difficult for the society to continue as is.

At a meeting last week, a resolution was passed for the society to be wound up.

Its assets and activities will be given to the Otago Scottish Heritage Council and the University of Otago’s Centre for Irish and Scottish Studies.

"We could have basically wound it up ourselves ... but doing it this way we’re actually going to carry on," Mr Stinson said.

The society’s membership, affairs and activities, and administration will go to the council, and the university will get its finances/investments, scholarships and other administration.

"We’ll still be around, just on a different pathway."

Society president Morgan Hewland said they had been involved in a range of activities over the years including athletics, Highland Games and events, and education.

It established the annual Caledonian Games in 1863, co-organises the annual children’s athletics Paape Cup meeting, and presents the Roberts and Caledonian Society Cups at the Otago Secondary Schools Athletics Championships.

The new Caledonian Ground, in Dunedin, was named after the society in 1999.

It also played a major role in highland events, including at St Andrews Day, A&P shows, and dancing and piping competitions.

The society started night education classes in Dunedin and was "integral" in helping to establish the University of Otago in 1869, Dr Hewland said.

The society will give the university some money for scholarships and awards to be given to Scottish and Irish studies students in its honour.

Mr Stinson and Dr Hewland hoped the society would still be involved in various activities.

"We’re not going to fall over and be disappearing — the name is still there and that’s the main thing," Dr Hewland said.

Although it was an unfortunate situation, the society was "winding up in such a manner as to uphold the original aims and objects from 1862".

1873: Introduction of evening classes for men.

1873: The society bought its own land - a 15 acre site bordering Andersons Bay and Hillside Rds - known as the Caledonian Ground.

1874: The society became an incorporated society by Provincial Council of Otago act.

1889: The first New Zealand Athletics Championship was held at the Caledonian Ground.

1901: Then-president Gordon Macdonald arranged for a stone chair to be carved to commemorate a royal visit.

1912: 50th anniversary celebration with a concert and dance.

1943: The Caledonian Ground was sold to the Dunedin City Corporation.

1948: The society hosted the Centennial Games.

1999: The Logan Park facility was named the Caledonian Ground.

2020: The society wound up and divided its assets.