Unpopular planter boxes in Mosgiel to be removed 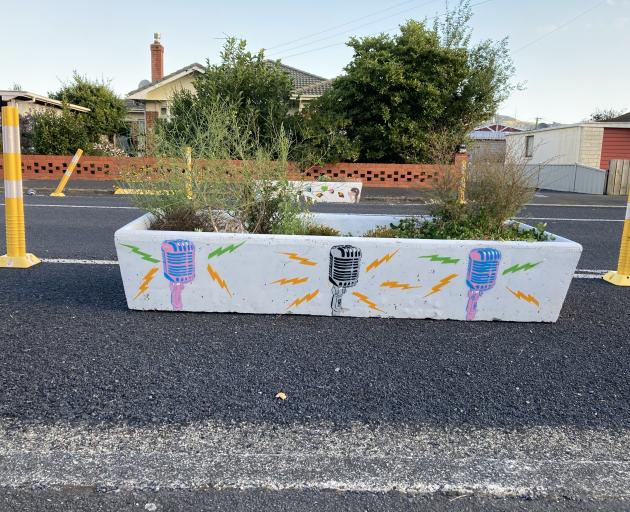 Changes will be made to the temporary infrastructure in Mosgiel and Outram when stage 2 of the Mosgiel-Taieri Safer School Streets project begins next week.

Decisions about stage 2 were based on feedback from the community and the Dunedin City Council’s own observations.

Since the boxes were only temporary, they were not as aesthetically pleasing as any potential permanent boxes would be.

The community expressed its dislike for the boxes and a resident started a petition earlier this month seeking their removal.

Work was meant to start about three weeks ago but was delayed due to busy contractors.

"We were always going to take away the planter boxes because that [feedback] came through very strongly," Ms Handwerk said.

The kerb build-outs near Elmgrove and Silverstream Schools will have art painted inside, which will be chosen in consultation with the public.

It would indicate that a motorist was entering a school area and make them aware of children crossing the road, Mr Martin said.

"The idea is to slow down speeds outside the schools."

The crossings near Elmgrove, Silverstream and Outram Schools will be painted red and a new crossing will be installed at the Doon St end of High St.

Two other crossings in Bush Rd, at the corner of Carlyle Rd and Brown St, will be removed.

Letters advising of the changes will be sent to residents living near the areas.

The council also hopes to install new features, including a cycle lane in High St between Factory Rd and Green St.

The street was wide and residents often complained about speeding motorists, so the cycle lane would visually narrow the street and hopefully reduce drivers’ speed, Ms Handwerk said.

No parking would be removed.

Another feature to trial was blocking the entrance to Berwick and Montrose Sts from Bush Rd to create a safer route to walk and cycle.

Residents would be consulted and if they supported the idea, it would be closed for one month.

If the trial was a success, with residents’ approval, the council would look at making it permanent, Ms Handwerk said.