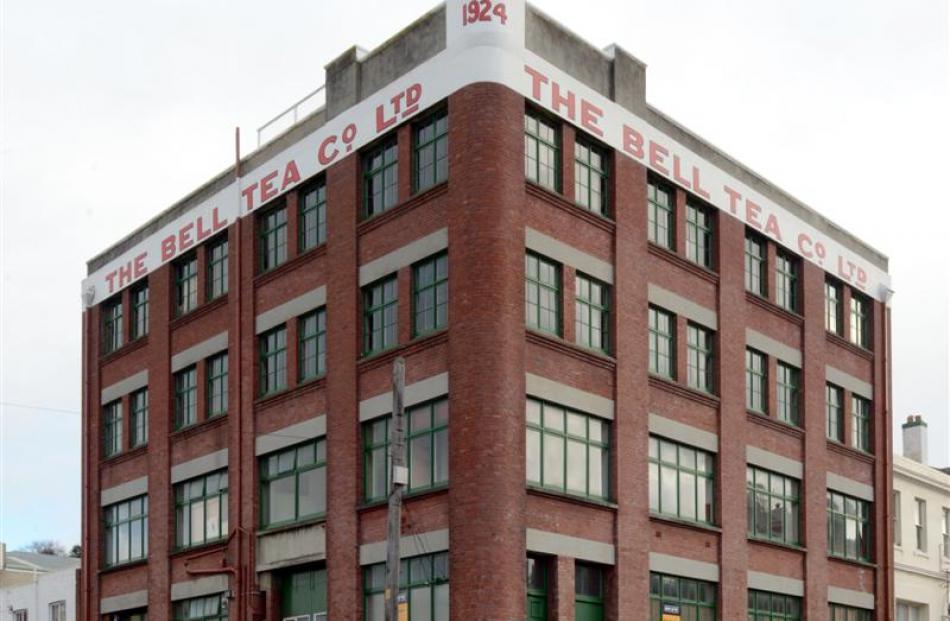 The 90-year-old Bell Tea building on the corner of Hope and Carroll Sts, in Dunedin. Photo by Gerard O'Brien.

Dunedin's distinctive Bell Tea building is on the market, along with the Bell Tea and Coffee Company's several premises in East Tamaki, Auckland.

The Dunedin factory of New Zealand's oldest tea company, founded in 1898 by Norman Harper Bell in Dunedin, closed earlier this year with the loss of 10 jobs, because the cost of earthquake-strengthening the four-storey building was commercially unviable.

Production shifted to Auckland after it was estimated strengthening the Dunedin premises could cost more than $1 million.

''It's one of Dunedin's iconic buildings and while it requires seismic upgrading, it offers ... add-value opportunities, including residential conversion,'' Mr Hyndman said.

In October 2013 Bell Tea was sold to Wellington investment company Pencarrow Private Equity, by supermarket chain Foodstuffs. It had bought the Bell Tea Company in 1962 and ran it as a separate business from its retail outlets.